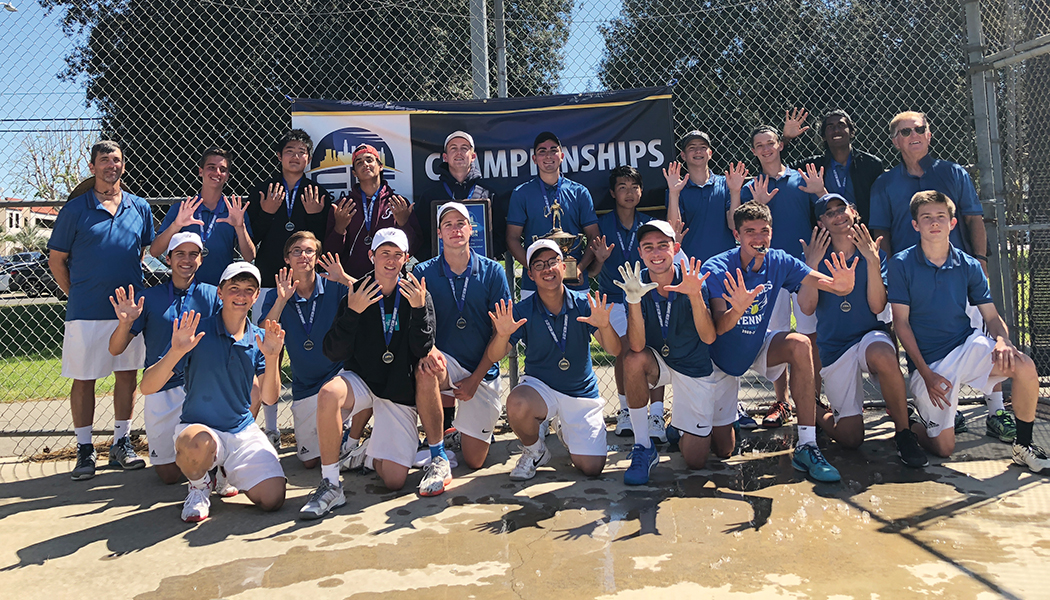 Capturing the L.A. City Section championship, the Palisades High School boys tennis team made it 10 straight with a tense 17-12.5 victory over Granada Hills on April 20 at the Balboa Sports Complex.

After winning the City’s Division 1 title for nine years in a row, PaliHi won the inaugural Open Division title this year.

“The team had seven new starters in the lineup this year and were able to continue the legacy of success,” said Head Coach Bud Kling, whose teams have won 27 boys titles since 1962, which is more than any school in any one sport in the history of the L.A. City Section.

In the team championship match, the four top singles players on each team play each other in one-set matches. The winner of each match gets one point, meaning a total of 16 points can be earned.

Similarly, the three top doubles teams on each team play one other. The winner of each match earns 1.5 points, mean a total of 13.5 points can be earned.

The championship is won by the first team to reach 15 points.

Kling earned his latest title by having a team with incredibly talented depth. Early in the season, his No. 1 singles player was suspended from the team. Another player was last year’s team, who is ranked nationally, elected not to play this year in order to pursue various tournaments. A third top player from last year also decided not to return. 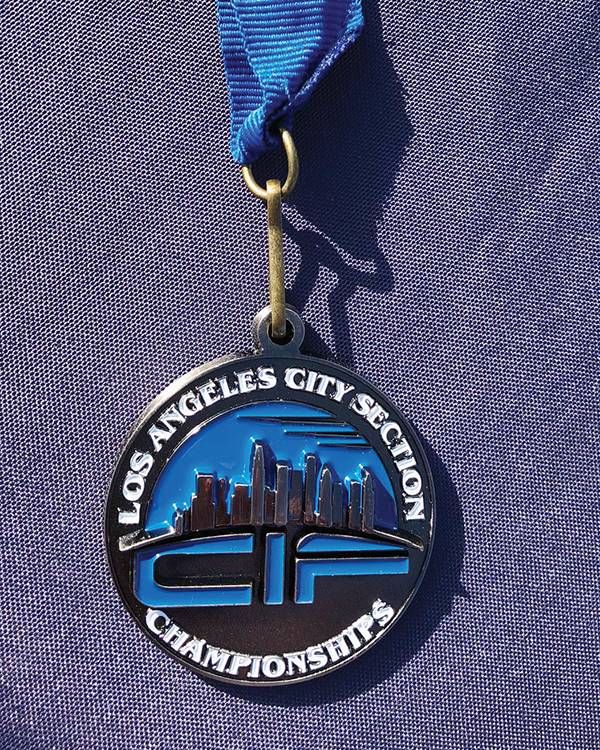 Granada Hill’s No. 2 player, Daniel Lin, also won all four of his matches.

Nevertheless, the Dolphins managed to win the remaining eight singles matches to even the team score at 8-8.

Since a doubles win is worth 1.5 points, Granada Hills coach Troy Aiken moved two of his best singles players into doubles, hoping to win the first title ever for Granada Hills.

But Pali’s top doubles team of Jack Harrington and Tomas Huttepain won all three of their matches, 6-3, 6-2 and 6-3. 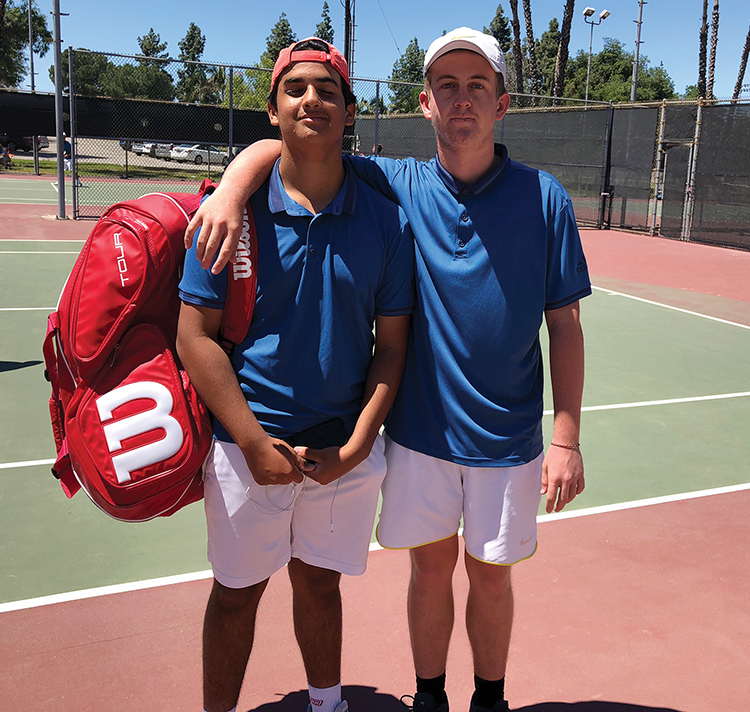 Pali’s second doubles team of Adam Glickman and Souma Hayakama fell behind the Highlanders’ No. 2 team, but rallied to win the match, 7-5. They won a second match 6-0 and lost the third 2-6.

“Those matches (second and third doubles) made the difference,” said Kling, who also saluted team captain Ethan Subel and player Ishaan Lal for their work.

This season, the Dolphins were 16-0 in league and 22-2 overall, losing only to Monta Vista and Corona del Mar at the National All-American Tournament.

Next up are the individual and double competitions with the finals on May 10.

By May 2, 2018
in Uncategorized
Related Posts
Comments
Leave a ReplyCancel reply