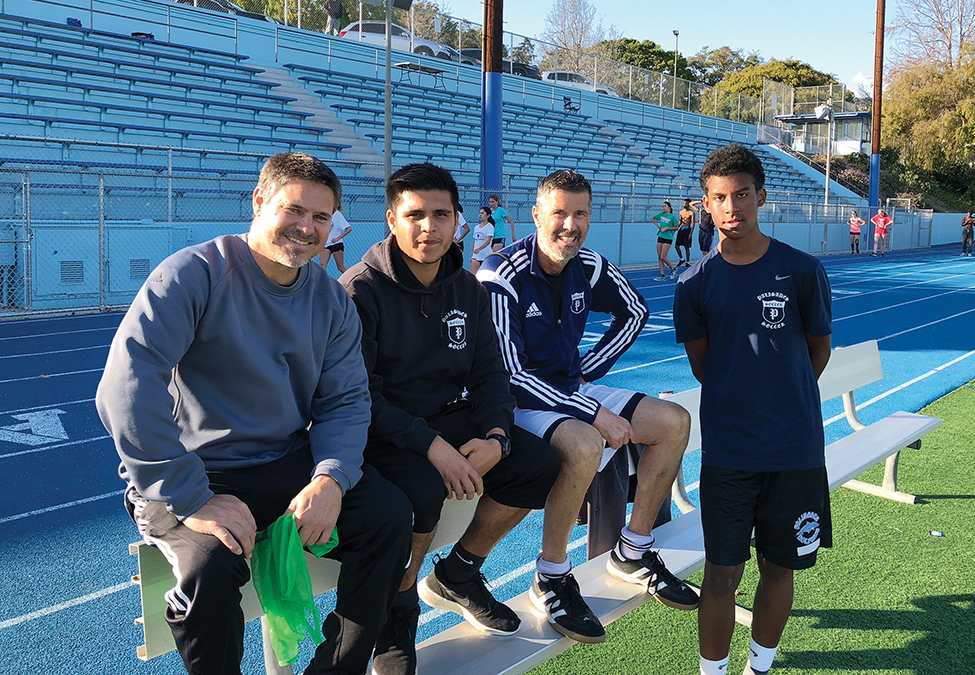 Head Coach Dave Suarez told the News on February 14 that eight of his starters were not available for the playoff opener against Granada Hills the next day. Two were attending a conference in Sacramento, one had the flu, another was healing from a broken foot, one had blisters and another was recovering from a concussion, which meant that two junior varsity players were bumped up to varsity.

“We actually fit our seed now,” said Suarez, whose Dolphins were seeded ninth.

“We’ve been good all year, but the University game killed us as far as seeding.”

During the season, the Dolphins were 15-2-2 overall and 9-1-2 in the Western League, losing only to University while tying Hamilton twice.

“We’ll be taking care of business tomorrow,” said Suarez, even though his team had to go on the road to play eighth-seeded Granada Hills.

In an inspired performance, Pali won 2-1 in overtime. Jackson Page put the Dolphins on the board in the 21st minute, but Granada Hills tied the game in the second half.

The win propelled Palisades into the quarterfinals against top-seeded El Camino today (February 21) at El Camino.