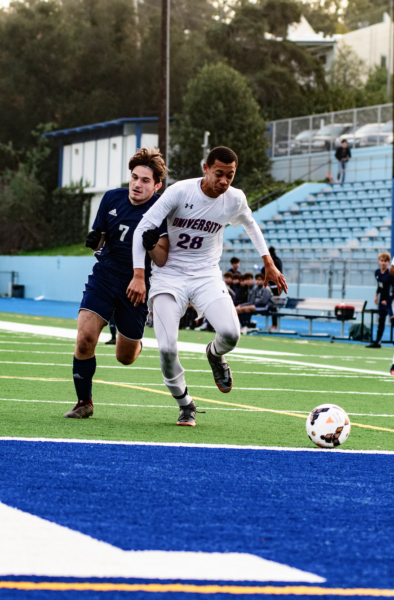 Dolphin boys off to hot start on their season.

The Palisades High School Dolphins boys soccer team has gotten off to a hot start to their 2018/2019 season, dropping only one game while picking up several dominating victories.

Soccer is normally a low scoring game, but earlier this season on December 5, the Dolphins toppled Venice High School in a 10-0 romping. This victory was part of an undefeated start to the season for the Dolphins, which included a string of seven games in a row the Pali boys competed in without a loss.

After these victories, the Dolphins find themselves on the season at 7-1 with 1 tie in first place in the Western standings. Up next for the boys is a game this afternoon at home versus Los Angeles CES at 4:00 p.m. Next Wednesday, on January 23, the Dolphins will host another league game at 2:30 p.m. versus Venice.