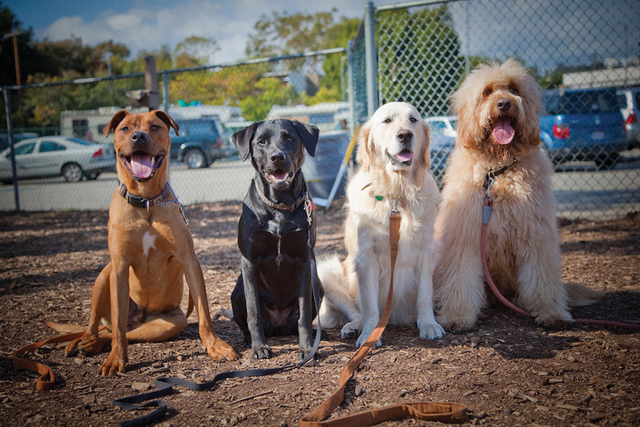 First, there were cheers from more than 120 Pacific Palisades residents as it was announced that a possible dog park along Temescal Canyon Road was about halfway towards realization. Then, there were questions about the location, the required fundraising and the logistics needed to make it happen.

In a meeting at the Palisades Recreation Center on February 7, canine owners learned that when the dog park eventually opens, it will be the first one in Los Angeles not run by the city, but by the Pacific Palisades Dog Park Working Group, which has filed for nonprofit status.

The nonprofit might also have to hold a liability insurance policy, unless the city agrees to include the park under its umbrella for liability.

Members of the working group, including Lynn Hylen, Trevor Hylen, Lou Kamer, Leslie Campbell, Carol Ross and Susan Payne, explained the need for the dog park, the steps already taken and what remains to be done.

Aware of the community’s 35-year campaign to establish a local dog park and 3,000 signatures on a petition supporting one, City Councilman Mike Bonin introduced a January 17, 2017 motion to provide Pacific Palisades a dog-park site. The task force was formed and began meeting last June. Eleven sites were investigated as possibilities, including the once-proposed Occidental oil-drilling site off PCH near Potrero, sites along Temescal Canyon Park, Simon Meadow, Temescal Gateway State Park, the vacant Los Angeles Department of Water and Power-owned property off Marquez Avenue, the old Bernheimer Gardens location, the fire road at the top of Lachman Lane, undeveloped land on Sunset adjacent to the Highlands Plaza, Will Rogers State Beach, and park areas in the Highlands and at Will Rogers.

The task force agreed that the 3⁄4-acre of land just north of PCH along Temescal Canyon Road (by the playground and food trucks) was the best choice because the city would donate the land for a park. (The 33,000-sq.-ft. parcel is about the size of the dog park at Santa Monica Airport Park.)

“There is basically no [city] money for a park,” said Lynn Hylen, who noted that fortunately the donated property already has bathrooms nearby, and water.

The eventual dog park will have two fenced areas—one for large dogs and one for small dogs, with wood chips and decomposed granite on the ground. (Grass or “dog turf ” would be economically unfeasible.)

“We looked at noise, parking and safety,” Lou Kamer said, explaining how the site was decided. “Parking isn’t really a problem. You can bring dogs, kids and don’t have to leave the Palisades—and an added benefit is the food trucks are there.”

The proposed hours are sunrise to sunset, and there will be a self-locking automatic gate. First, of course, the committee must now raise about $500,000 to make the dog park a reality.

Without city funding, an estimated $399,000 is needed for grading, to build the fences, put in benches around the trees, install the fountains for the dogs and establish the ground cover. Hylen noted that the committee would not be required to use city contractors to do the work.

“The price may seem high, but the new Westwood Dog Park cost $750,000 and included hills for the dogs to climb, something that this dog park won’t initially have,” Hylen said.

An additional $100,000 is needed to cre- ate an endowment for maintenance, since the city would not be responsible for the park’s operation.

If the eventual construction cost is $399,000 or less, the dog park nonprofit could receive a city exemption from having to secure a coastal development permit.

The next step in the process is to obtain final approval from the L.A. Recreation and Parks (RAP) Board of Commissioners.

This board utilizes a task force group to make sure that all projects that come before the board have been vetted. The Palisades dog park has been placed on the March 7 RAP Task Force agenda to see if there are any other requirements that need to be satisfied. If the working group gets the go-ahead, its members will develop plans for maintenance and funding.

Once that is done, the dog park members will meet with Rec and Parks Partnerships for approval, and if that is secured the project will finally go in front of the RAP commissioners.

Audience questions were fielded. One woman wanted to know how high the fences would be, citing fears of coyotes in lower Temescal Canyon. Another audience member suggested putting coyote rollers at the top of the fence.

“Is it possible to get a small parking area?” one person asked, worried that during the summer, beachgoers take up almost all the parking spaces along both sides of Temescal Canyon Road.

“To add parking would require a DOT (Department of Transportation) study and we would need handicapped access,” Lynn Hylen said. “If parking is an issue we can do something later.”

Another question revolved around safety. “If you’re going down Temescal, would you do a U-turn near the bottom or would you have to go down Chautauqua and then make two right turns and come back up Temescal?”

“We will discourage U-turns,” Hylen said.

“My concern is that people will park across the road and that they and their dogs will run to the other side,” an audience member said. “I’m worried that someone will get hurt. Could a crosswalk be put in?”

A resident who lives in the nearby Palisades Bowl Mobile Home Park responded that it took three years to get the crosswalk that goes across PCH to the beach.

Many people who do not want to pay for parking at Will Rogers Beach try to find free parking along Temescal. (According to the presentation, there are 160 spaces from PCH up to Bowdoin on the northbound side of Temescal.) On hot summer days, beach parking goes halfway up the canyon.

“What entity will oversee aggressive dogs and who will pick up the dog poop?” somebody asked.

“It will have to be managed by volunteers,” said Hylen, who acknowledged that the $100,000 maintenance fund has to be raised for that purpose.

She was asked if dog walkers [with more than two dogs] would be allowed to use the park. “This site is not safe to unload a bunch of dogs,” Hylen said.

Then, perhaps the most interesting question of the evening. “Are our dogs really going to be alive when this park opens?”

“That reminds me of Potrero,” said Hylen, referencing the city park that has been under construction for nearly three decades and was supposed to open in 2017, but whose completion is now scheduled for 2020.