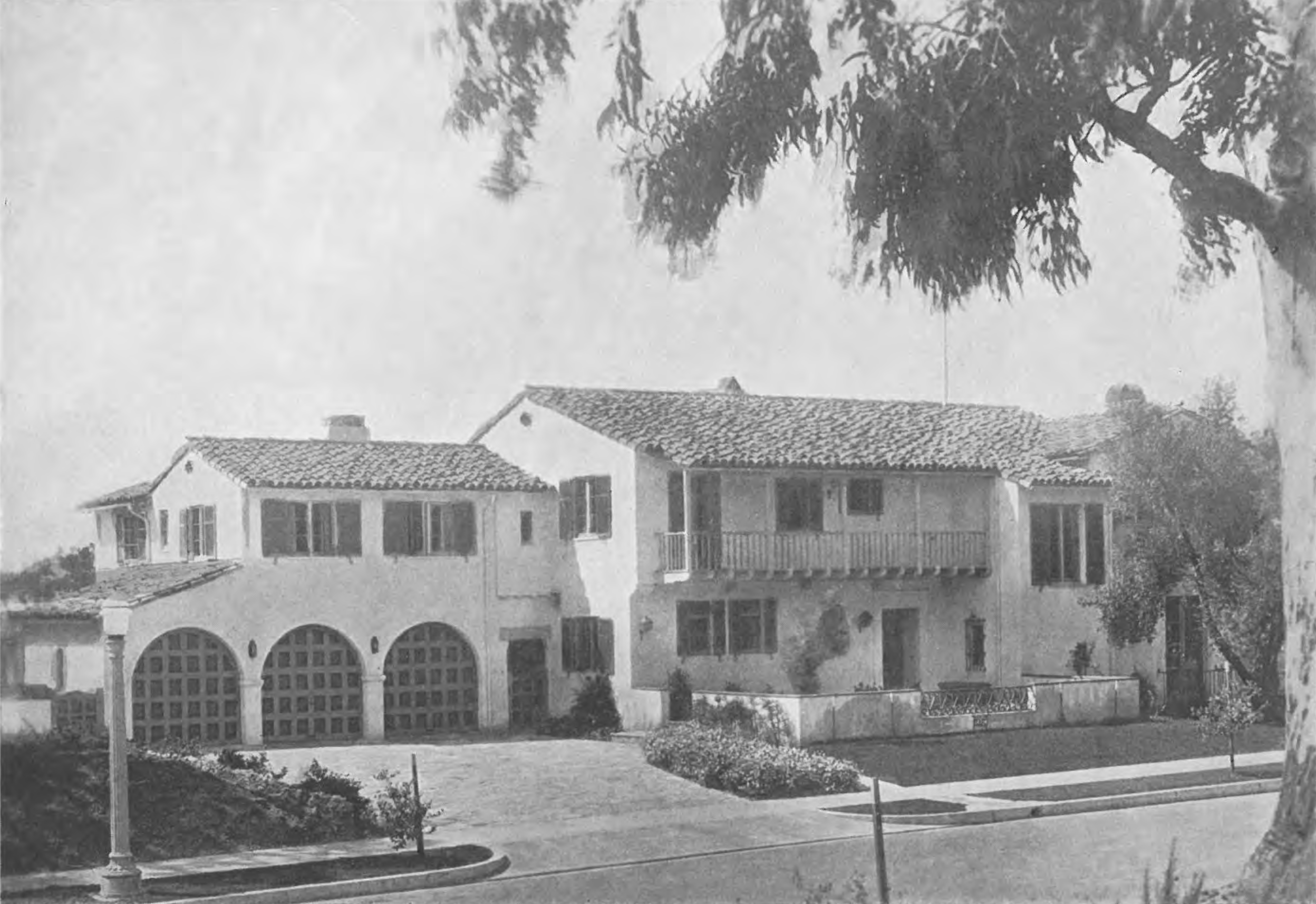 A 1929 Meditteranean/Monterey Revival property in Pacific Palisades has been nominated for Cultural-Heritage status by the City of Los Angeles.

The Parry Residence is a two-story single-family residence with an attached garage located on West Camarosa Drive between Toyopa Drive and Alma Real Drive in the Huntington Palisades.

Commissioned by Agnes S. Parry in 1929, the property was designed in the Monterey Revival architectural style by Los Angeles-area architectural firm Gable and Wyant. Mrs. Parry and her family owned the property until 1955, when they sold it to Doctor Ernest Richard Vincent Anderson and Mrs. Roby Anderson, local patrons of the arts.

Irregular in plan, the subject property is of wood-frame construction with smooth stucco cladding and has a multi-planed, cross-gabled clay tile roof. Features include wooden shutters, decorative wrought-iron grills, and flagstone hardscaping. On the interior, there are exposed wood ceiling beams, some of which are painted, arched entryways, hardwood floors, and wood paneled doors. Behind the residence there is a swimming pool, patio, and pool house. Also on the property is a Deodar Cedar tree planted in 1929, which constitutes one of the oldest living things in the Huntington Palisades.

“Unabated residential development in the community of Pacific Palisades has fueled a rash demolition of ‘older homes’ to replace them with huge residences, designed to engulf the lot. The Camarosa residence is under threat by the current owner, who filed for a demolition permit in July of 2018,” wrote Ignacio Fernandez of Bed of Roses Preservationists in the nomination form earlier this year. “It would be neglectful not to save some of these magnificent older homes. This pattern of removing “architectural jewels” such as the Camarosa Residence results in erasing the historic texture of this community; if allowed to continue unabated, we will lose the few remaining examples from this period.”

In a staff report, the Los Angeles Department of City Planning’s Culture Heritage Commission wrote that “the property may be significant enough to warrant further investigation as a potential Historic-Cultural Monument.”

Architects George Elmore Gable (1892-1953) and Stanley Wyant (1890-1964) were both born in Iowa and began their practice in Los Angeles in 1922. Their firm, Gable and Wyant, maintained offices in Downtown Los Angeles as well as Beverly Hills. The firm designed several buildings in the Spanish Revival, Art Deco and Modern styles for Beverly Hills’ commercial district. Some of the firm’s works in the Los Angeles area include the 7th Street and Gladys Street Hotel (1924), the Beverly Hills Women’s Club (1925), and the Hangar No. 1 Building (1929, HCM #44).

On Tuesday, June 25 an information meeting and presentation on the property and the heritage nomination will take place at the Palisades Branch Library Community Room at 6:30 p.m. RSVP by emailing bor.preerves@gmail.com