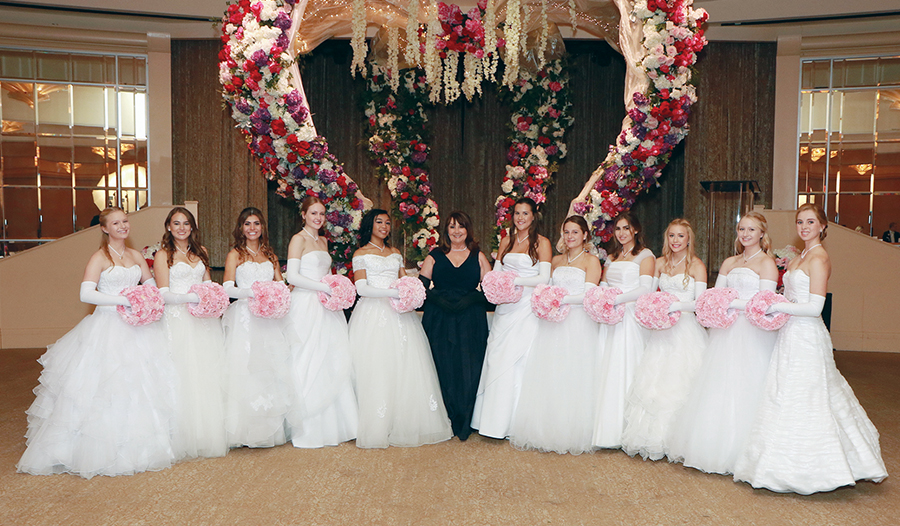 Eleven young ladies made their debut at the traditional black-tie ball wearing customary 14-karat gold lavaliers for the first time. One by one, they were presented on the arm of their fathers and sponsors as they made their debut.

The women were invited to debut based on their extensive community service, each having volunteered a minimum of six years. This year’s class volunteered their time to benefit a number of charities, including the

In addition to their philanthropic contributions, the young ladies also serve as leaders in a number of extracurricular activities, such as founders of clubs and organizations on campus, members of the honors council, active members of the Mayor’s Youth Council, and award-winning student ambassadors for the White House.

“We are pleased to have such an inspiring group of girls debut this year,” said Alice Wilson Gould, Coronet Debutante Ball Director, “and are extremely confident that each of these young women will continue to dedicate their time to acts of service in the Los Angeles community and beyond for years to come.” Suzanne Boone is the National Charity League President. Both are Pacific Palisades residents.

A portion of the proceeds from the Ball go to National Charity League, Los Angeles to benefit its various philanthropies. The first Coronet Ball was held in 1949 and more than 1,500 women have been presented over the years.