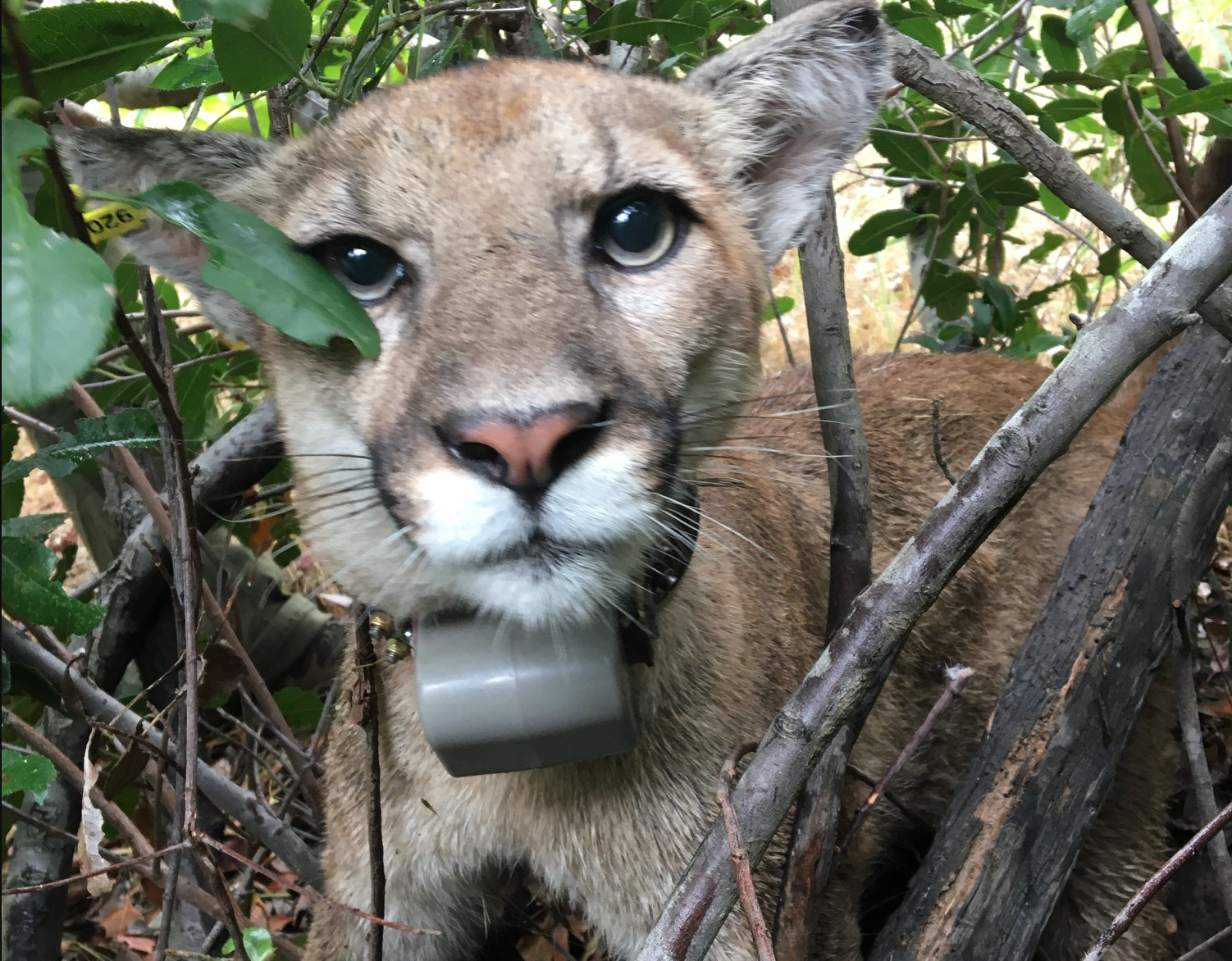 According to the California Department of Fish and Wildlife (CDFW), a 50-pound female cougar, also known as a mountain lion, was spotted up a tree at the Tahitian Terrace Trailer Park in Pacific Palisades on Monday. In a Facebook post released by the department, “The Los Angeles Police Department secured the scene and the lion was safely tranquilized and removed by CDFW wildlife officers and biologists.”

The young cougar, now known as P-75, was outfitted with a GPS tracking collar and identification tag in her ear. She’s the 75th and newest member in the National Park Service’s (NPS) study on mountain lions in the 150,000 acres of hiking trails, beaches, and canyons that make up the Santa Monica Mountains. After her tranquilizer wore off, P-75 was released into the Santa Monica Mountains National Recreation area.

Last year’s Woolsey Fire threatened the natural habitat for over 500 species, including mountain lions, as it scorched nearly half of the total land in the Santa Monica Mountains. Of the 13 mountain lions tracked during the fire, 2 didn’t make survive. P-74, a young male puma, perished in the fire, and P-64 died a few weeks after the fire. Organizations like NPS are dedicated to the protection of the Santa Monica Mountains and the wildlife that dwells there.