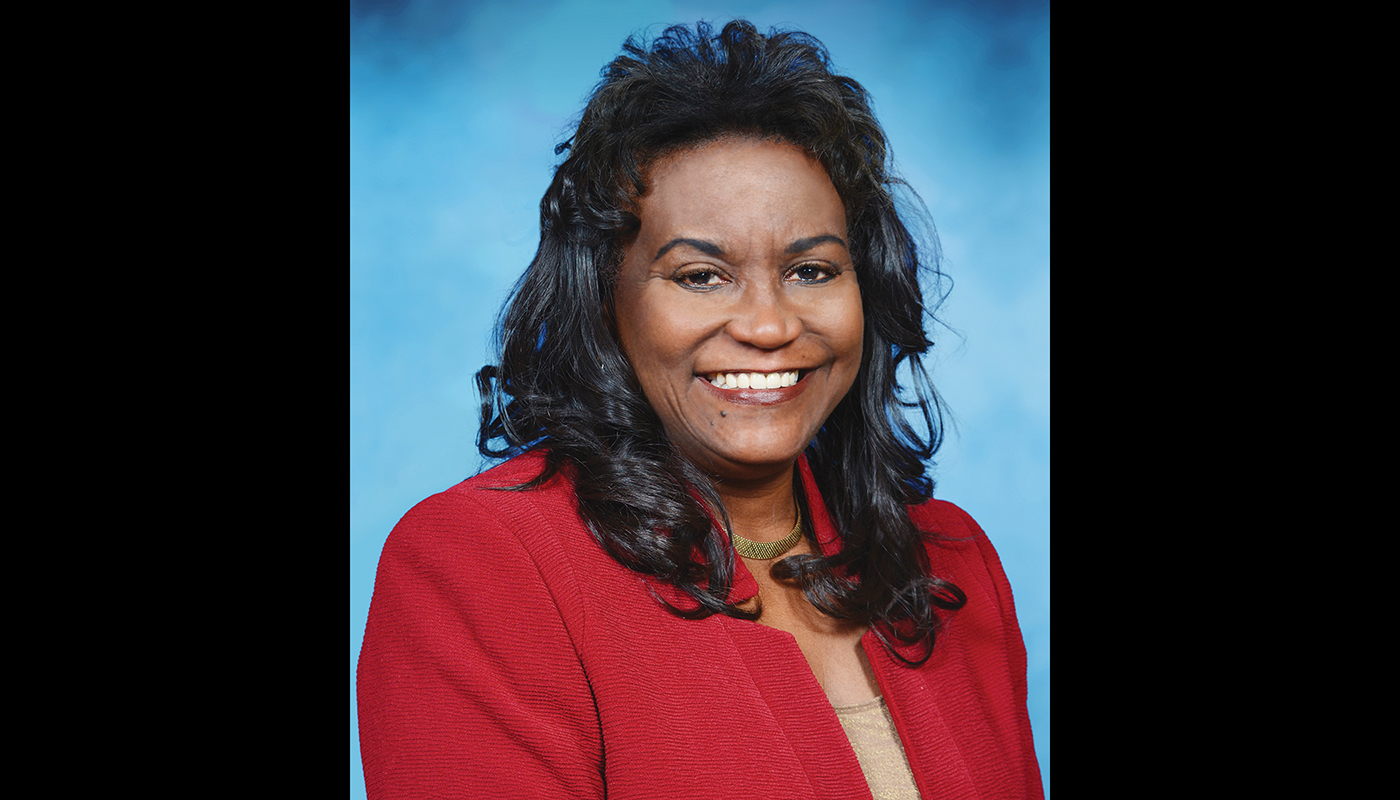 As she enters her new position, she brings to it fond memories of her Palisades High School days. “Pali was an amazing community,” King said. “It was very diverse. I was bused as were my children.” Her three daughters also graduated from PaliHi. “I remember being in a community of people from all backgrounds. There were a lot of clubs and school spirit.”

While at Pali, King’s name was Michelle Brewster, and she participated on the drill team in 10th grade and was a cheerleader in 11th grade. “When it was football night and you marched through the tunnel, you could hear the drums. It was really loud, and then you were out on the field.” The homecoming after she graduated, she returned to the school as was the tradition. “I had my cheer outfit on, and I cheered at homecoming.”

Fellow PaliHi alum Lecia Taylor-Womack reminisced about King in an email: “We were varsity cheerleaders together. Her teeth shined straight through her braces, after which the most inviting, friendliest smile beamed through. I’m so happy for her. I remember she always walked embracing all her textbooks as if they were part of her wardrobe.” King’s success has inspired Taylor-Womack to step forward to live her own dreams. “I’m so proud of her. Her beautiful personality, wits and education have paid off.”

On an alumni Facebook page, some of her classmates remember King as a strong math and science student, according to current PaliHi teacher Holly Korbonski, who also graduated in 1979. King went on to earn a bachelor’s degree in biology from UCLA.

The superintendent, who will garner $350,000 base pay in her new position, started out her educational path attending Century Park Elementary School in Inglewood and Windsor Hills Elementary School, which is just east of Culver City. She continued to Palms Junior High School before entering Palisades High.

After graduating from Pali and UCLA, King earned a master’s of science in administration from Pepperdine University. She is currently working on a doctorate in education at USC.

King’s 38-year career within LAUSD has included time working as a teaching assistant, a science and math teacher in Granada Hills, a coordinator for the math, science and aerospace magnet in Westchester, and as both assistant principal and principal at Hamilton High School in Cheviot Hills, according to LAUSD director of communications Shannon Haber.

“As a veteran educator, instruction is Ms. King’s strength,” Haber said. “She is committed to ensuring that all students have access to the tools they need to prepare for college and career opportunities. She has led district-wide reforms to increase graduation rates, particularly among traditionally under-represented populations. She has also been a champion of programs such as Restorative Justice, aimed at keeping students in school and improving citizenship.”