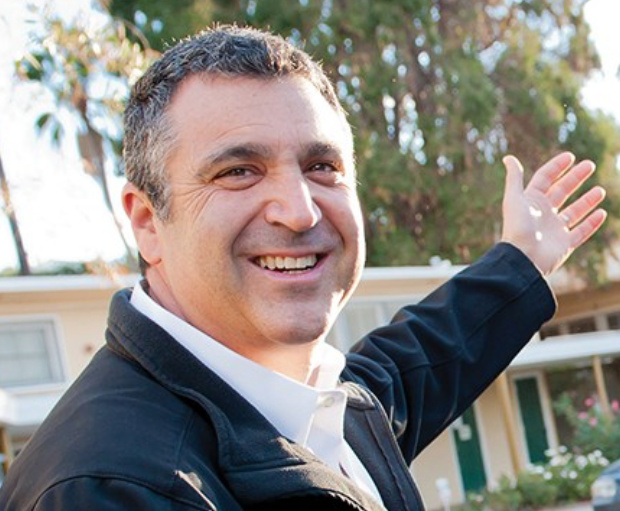 Alphabet Street resident Matthew Rodman told his 13-year-old son Max that he had volunteered to take over as president of the Palisades Americanism Parade Association (PAPA).

Max immediately responded, “Dad, what have you done?”

It was the same question the News asked Rodman at the first 2018 PAPA meeting, held at the American Legion hall on March 12.

“Because I don’t have enough to do,” Rodman joked, adding “I would love to tell you I’ve dreamed of being president of PAPA my entire life, but . . .”

Then Rodman turned serious and explained that the dozens of residents who volunteer on parade day every Fourth of July play a vital role and routinely give up their holiday for the community.

“But many of the folks who have contributed their time for years are starting to age out,” he said, “and it’s time for the younger people to step in and help.”

For example, Sylvia and Jon Boyd, who have been married for 67 years, have chaired PAPA People (the group that organizes all the volunteers on July 4) for 11 years. For the past five years, Sylvia has made a plea for someone to step up and take over her role. No one has, yet.

Rodman, a real estate executive who previously volunteered for PAPA People (helping with security), will have a variety of responsibilities as he oversees the 70th parade organized by PAPA. These include raising $150,000 for the parade, concert and fireworks, answering daily queries and emails, working on legal issues with the City of Los Angeles, and dealing with last-minute changes and surprises.

Rodman is already a community activist, having received a Pacific Palisades Community Council Sparkplug Award last December for his successful campaign to reduce the number of car trips to and from Paul Revere Middle School, where his sons (Max and Spencer) are students.

As an incoming parent three years ago, Rodman met with assistant principal Tom Iannucci (now principal) to find ways to mitigate the traffic impact around the school. At that time, there was only one parent-sponsored bus, which originated at Warner Elementary in Holmby Hills.

Rodman helped to expand this program and now almost 400 students ride seven parent-sponsored chartered buses to and from school, saving nearly 800 daily round trips by car. The school hopes to have 10 of these buses next school year.

In addition, Rodman worked with the Big Blue Bus to create a bus stop directly in front of the school. Altogether, about 200 students now ride daily on public transportation and 400 on private buses, which means nearly one-third of Revere’s students are no longer transported by cars.

On PAPA, Rodman succeeds Daphne Gronich, who served as president the past four years and is now the group’s treasurer and an advisor to Rodman.

Already he has plans to develop a single website that includes the Will Rogers Run, the parade and the concert/fireworks. People will be able to visit this site to register, volunteer and find information about the various day-long activities. For more information, visit Palisades4th.com.

Rodman is looking for novel ideas, suggestions and help. Already, somebody has proposed that any couple married 70 years or longer can ride in the parade.

More floats are sought (they’re easy to make; look for tips in a future issue). The idea is to offer a prize, such as a pizza party in town, for the winning organization or neighborhood.

“No day belongs to the community more than this one,” Rodman said. “I have friends and neighbors who travel, but they make sure they’re back here for the Fourth.”

By stepping up and volunteering, Rodman is hoping that others will follow his example, “so that the grandparents who are working the parade will be working side by side with their kids, their grandkids and their neighbors.”

Rodman and wife Rene, who heads fundraising efforts at Paul Revere, have lived in Pacific Palisades for more than 20 years.