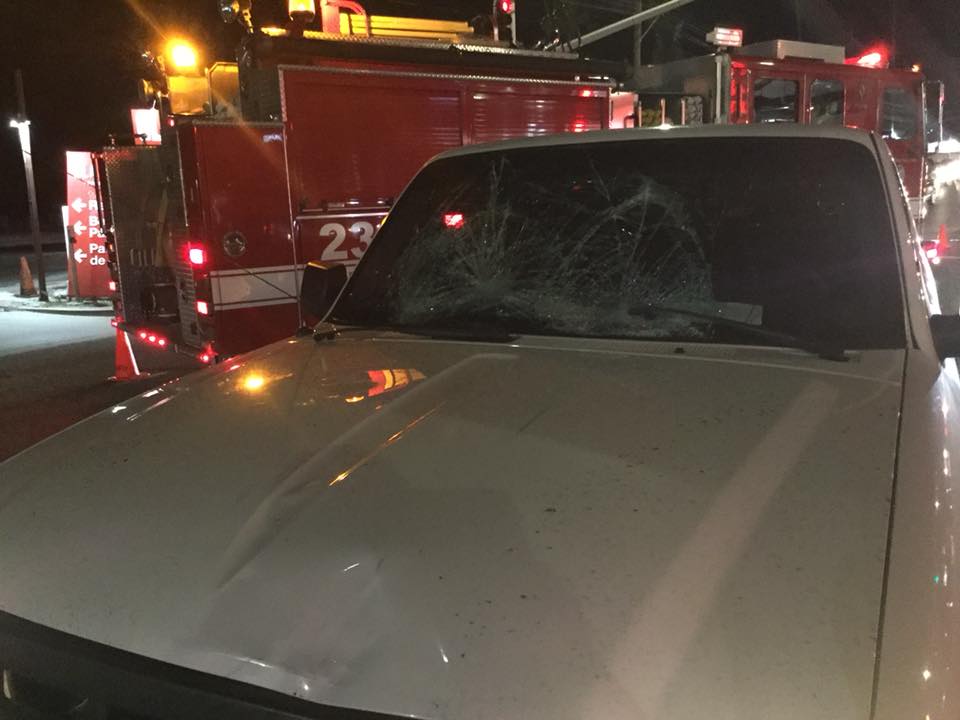 Around 6:45 p.m. on Thursday, Jan. 25, Palisades Patrol reported a truck hit a pedestrian on Pacific Coast Highway in front of Gladstone’s Restaurant. The victim, a man, was taken to an area hospital and lanes on PCH were closed until the scene was cleared a few hours later.

According to Palisades Patrol and witnesses, the man was walking across PCH from the Shell gas station to the western side in front of Gladstone’s was struck by a small truck. Witnesses confirmed with Palisades Patrol that the pedestrian was at fault and driver had no way to avoid him. He was taken to UCLA, and the status of his condition was not clear. The truck was moved to Gladstone’s parking lot to wait for a tow, and PCH lanes were all reopened.