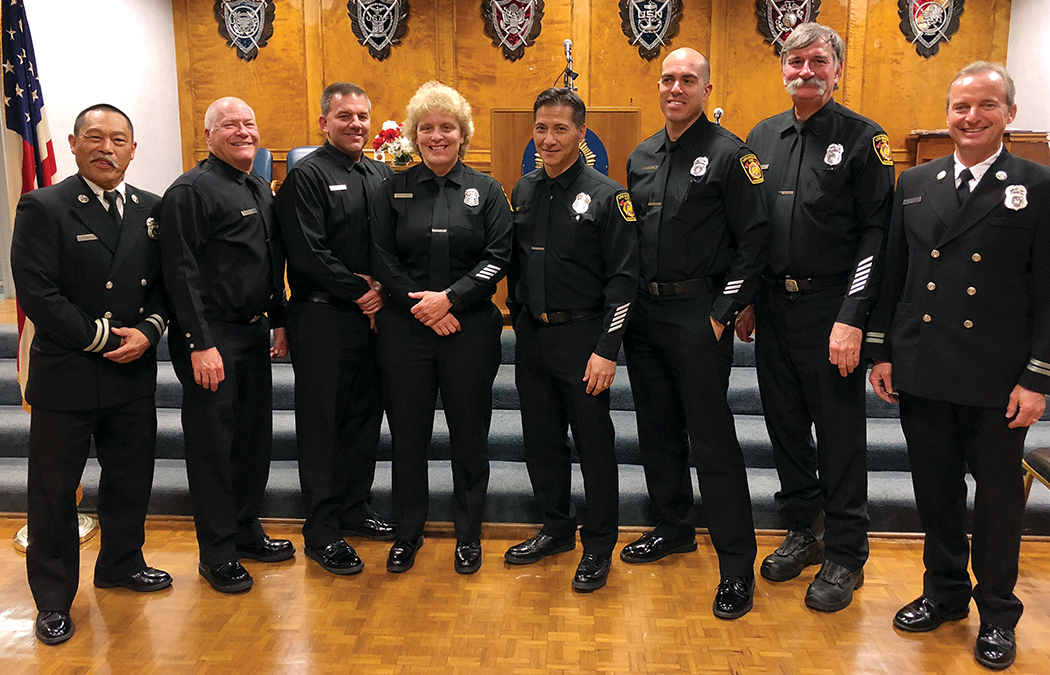 They are the true heroes. These are the men and women who are the outstanding paramedics, firefighters, police and FBI agents who serve Beverly Hills, Los Angeles and Santa Monica.

Annually, the American Legion honors local heroes at a special dinner and awards ceremony at Post 283. District Legion president Michael Holmsted, from the Hollywood Legion, chaired the event, which was organized by Post 283 member Tim Carr.

West Bureau Commander Deputy Chief Armando Hogan introduced Glenchur. “He is a 53-year-old who is a career paramedic who has served in the busiest areas of the city.”

He explained that Glenchur joined the department in October 1990 and served the first four years as a firefighter in downtown Los Angeles and Hollywood.

After fighting fires for nine years, the firefighter “decided to further his abilities to serve the citizens of Los Angeles by going to paramedic training,” Hogan said. “He has dedicated the last 19 years of his life to serving others.”

“Thank you. I’m honored to be with peers who have dedicated their lives to public service,” he said. “Thank you to the American Legion. You have saved the world many times over and I can’t compete with that, but I am honored to be here.”

Next, Gutierrez was introduced by Hogan. “Yvonne spent the first part of her career in East Los Angeles, where she learned the basics of fighting fires. Her positive attitude and abilities made her a perfect candidate to return to the training academy to mentor and train young recruits,” said Hogan, who noted that she had spent the last 18 years serving the citizens of West Los Angeles and transferred to Fire Station 69 in 2016.

He said she had 25 years of service, with 18 years as an engineer and was only one of six female engineers in the LAFD.

A graduate of Culver High, Gutierrez received a full scholarship to play softball at UCLA, from 1989 to 1992, and led her team to three NCAA Championships.

“She was asked to commit to the U.S. National and Olympic teams while she was an LAFD Probationary firefighter but declined because her commitment was now to the Los Angeles Fire Department and the community she served,” Kitahata said. “Yvonne uses her team player attitude while teaching young probationary members how to become competent at their craft and also to firefighters aspiring to be fire engineers.

“Public speaking is not my forte,” Gutierrez said. “But this means a lot to me, and to us.”

Dr. Rosenberg has been treating all types of foot related issues for patients young and old for over 28 years,...

All your local news, events and happenings in under 5 minutes.  Michelle Pfeiffer sells Palisades home.New comedy night at Hanks...