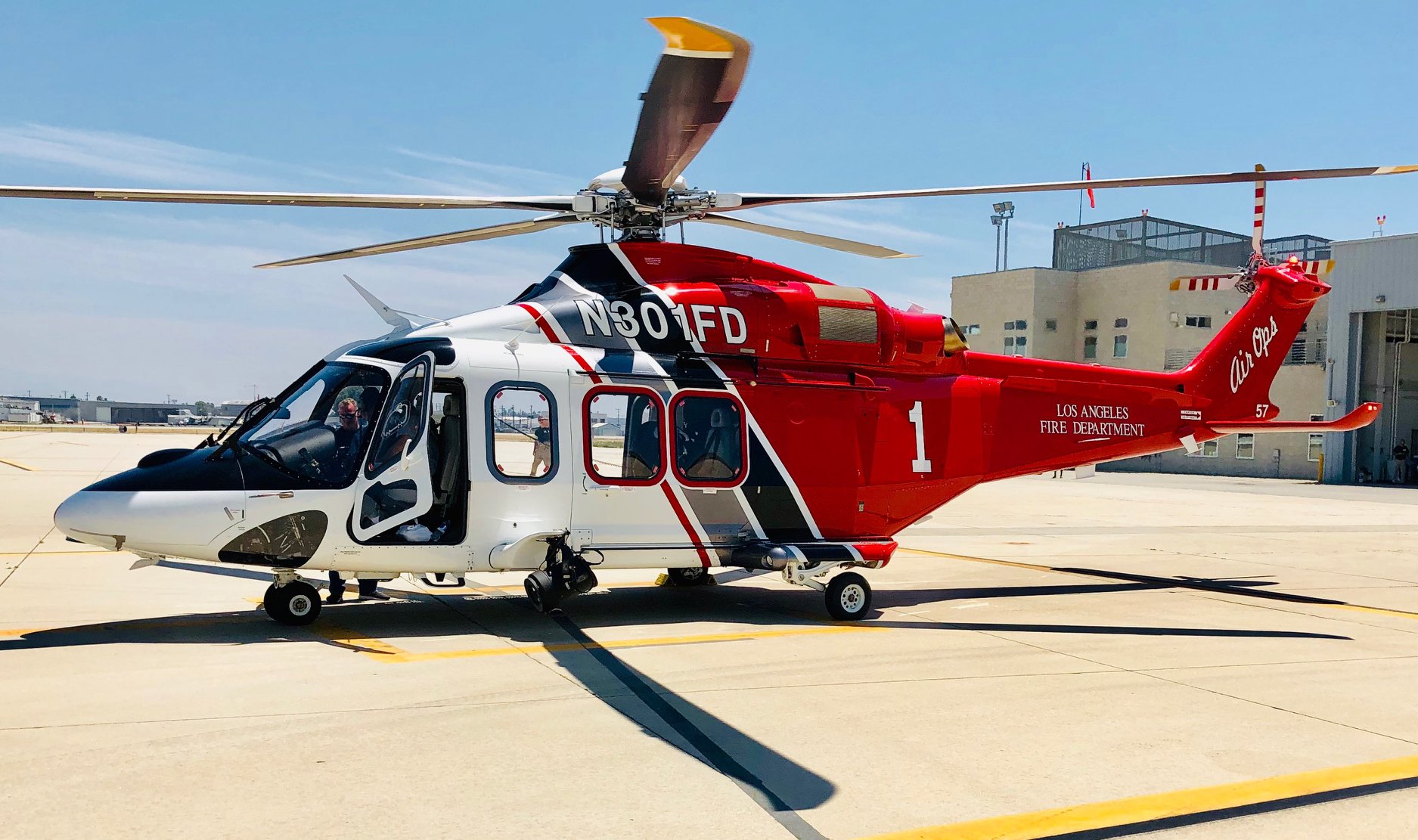 Recently Councilmember Mike Bonin, who represents much of the Westside, announce that the additional helicopter he worked to purchase for LAFD Fire Station 114 Air Operations has been delivered.

In May of 2017, Bonin rushed to the Mandeville Canyon and Mountaingate areas of Brentwood after hearing reports that a brush fire had broken out.

Thanks to the brave men and women of the Los Angeles Fire Department, cooperative weather and the homeowners’ associations and property owners in the area who have been vigilant about brush clearance, first responders were able to get the blaze under control before it claimed any lives or property.

“While at the fire command post, Mike learned the scary fact that half of the helicopters in our LAFD fleet were grounded that day because of a maintenance backlog. As soon as he was back in Council Chambers the next week, he took immediate action to make sure our first responders have the tools they need to save lives, including addressing the backlog and purchasing an additional helicopter,” reads Bonin’s August newsletter.

With a lot of brush and difficult to reach hillsides, the threat of a disastrous fire has always been a frightening possibility for homeowners in areas like the Mandeville Canyon and Palisades Highlands neighborhoods of Los Angeles.

In addition to adding the helicopter to LAFD’s fleet, Bonin pushed to create a City aviation Administrator position, filled by a seasoned expert with extensive helicopter industry and fleet maintenance experience. This high-level position would be empowered to cut through government red tape, streamline approvals, and do whatever is necessary to ensure the operational readiness of the City’s helicopter fleet.