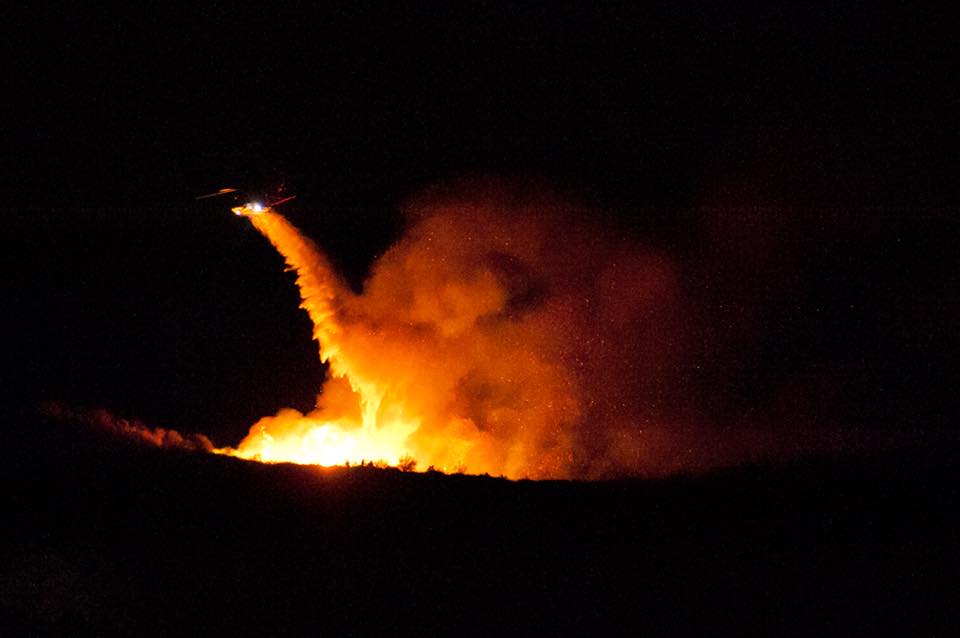 A stubborn brush fire was contained in Topanga State Park Wednesday night. No structures or injuries were reported, and the cause remains under investigation, according to the Los Angeles Fire Department.

The fire was first reported at approximately 6:27 p.m. by LAFD for ground and air response to a one quarter-acre brush fire in remote and inaccessible terrain near Temescal Ridge Trail in the vicinity of Skull Rock.

At approximately 9:45 p.m. LAFD reported that after helicopters stopped the forward spread of the flame, a teamwork of ground-based crews fully contained the fire using hand tools, which burned 0.75 acres. Approximately 92 fire personnel were involved. Fire crews remained on watch in the area overnight.