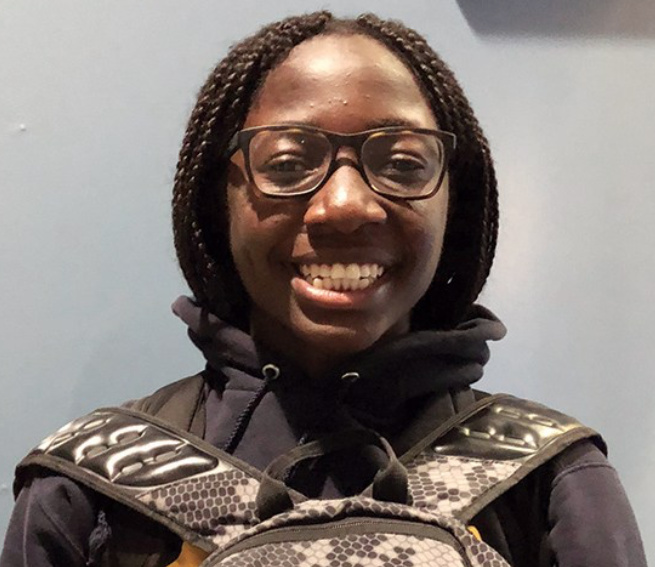 Though only a sophomore, Jane Nwaba is captain of the Palisades High School girls basketball team, and even after she dislocated her finger the end of January and is out for the season, she still provides leadership for the team.

An all-around player, the 5’10” athlete was averaging 19 points a game and 12 rebounds, tops on the team, but her coach, Danielle Foley, believes she was selected by her teammates because she’s a natural born leader—and just a great kid.

Nwaba, the youngest of six children, lives in Carson and is the first member of her athletic, high-achieving family to attend PaliHi. All of her siblings attended University High. Her oldest sister, Barbara (UC Barbara graduate), competed in the 2016 Olympics as a heptathlete, finishing 12th in Brazil. Nwaba’s oldest brother, Alex, is studying to be a teacher.

Her daily school bus ride to school averages an hour and half, and basketball practice is from 2:30 to 5:30 p.m., but she’s willing to make the personal sacrifice. She says the best thing about PaliHi is “the diversity.”

When Jane was about five, she started playing basketball with her brothers on their backyard court. “They were and still are my toughest competition,” said Jane, who also plays tennis and soccer.

She plans to join the track team this year, hoping to compete in the high jump, long jump and 200-meter dash.

As a basketball freshman, Jane made the starting lineup and averaged six points a game. This year she feels the team’s biggest challenge is tenacity. “At times we lose our focus and determination and that can really have an effect on us in the long run. We’re a young and inexperienced team, but we have to learn how to just go out on the court and do our best.”