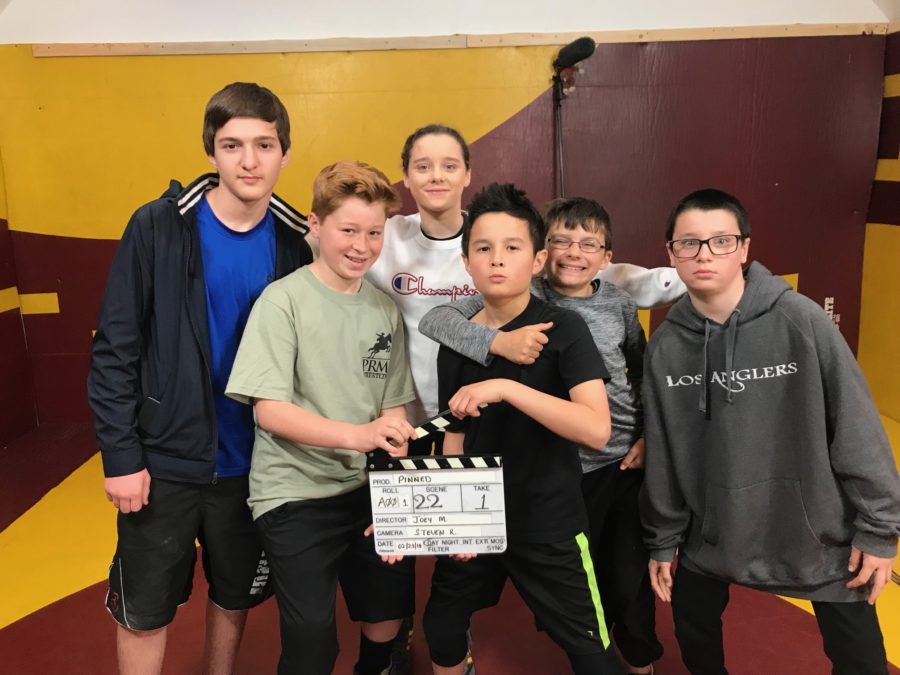 The gritty scripted pilot “Pinned” is about a 35 year-old-down and out former high school wrestling champion who coaches a middle school team of misfit kids. It’s the wrestling version of “The Bad News Bears,” “The Mighty Ducks,” with a hint of “Kingpin” and “Vision Quest”. Featured in this hilarious pilot are Paul Revere wrestlers Michael Gatto, Billy Bentley, Derek Anwar, James VanWagenen, Lenny Bentley, Daniel Gatto, Ahmad Dzhabrailov and Adam Hunter as “Coach”.