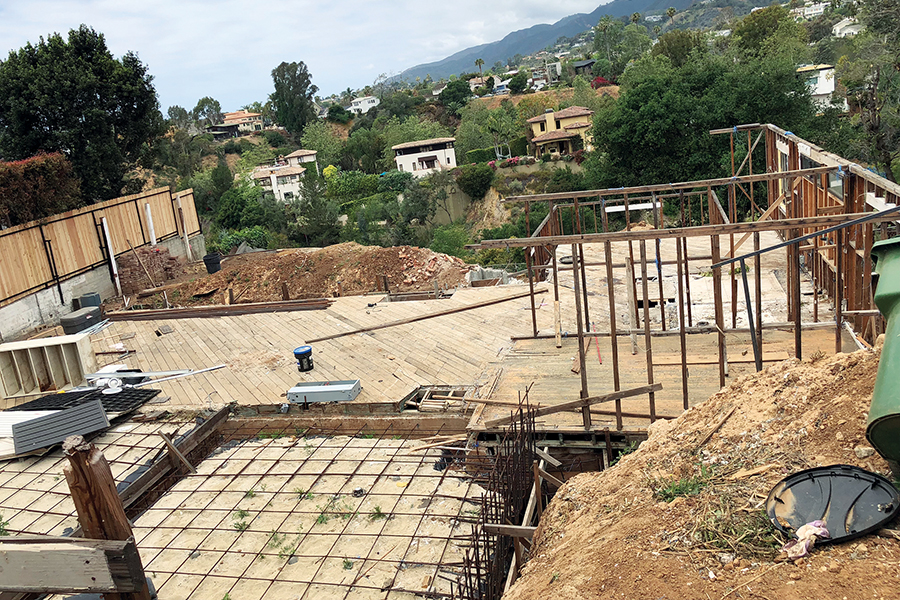 A Los Angeles City Planning Department hearing was held for a proposed second-story addition at 549 Muskingum Ave. (below Sunset) on May 7.

Pacific Palisades Community Council Area 4 Representative Rick Mills asked hearing officer Alex Truong: 1.) to consider that most of the home has already been demolished; 2.) to verify that the contractors were licensed and insured; 3.) to ensure that the plans had gone before the Pacific Palisades Civic League; 4.) to listen to neighbors’ complaints that the property had been an eyesore with considerable debris; and 5.) to be aware that the property was on the edge of a canyon (Las Pulgas) that has had geological problems and landslides.

Neighbor Shirley Burke said, “My concern is that this house is not a remodel, it’s a new building. I would like to make sure the standards for a new home are upheld.” She also expressed concern about the geological problems, stating “I want to make sure that this is done correctly.”

Another neighbor, Beverly Maguire, said that the home was demolished in 2017. “This is a brand-new home on the rim of Las Pulgas Canyon, which is unstable,” she said. “Has a report been submitted about the geology?”

The requested action by the applicant was for the director of the planning department to consider an exemption from CEQA and to obtain a coastal development permit to allow the remodel of an existing single-family dwelling and the addition of an attached garage and swimming pool located in a single-permit jurisdiction area of the California coastal zone.

After the hearing, the News contacted Department of Building and Safety Public Information Officer Jeff Napier on May 7 and asked if the applicant had applied for a demolition permit. (Residents can check on permits for any property by going to ladbs.org/services and at the bottom of the page, click on “Check Permit Status.”)

Napier replied the next day, “It appears that a permit was issued for replacing termite damage on the first floor. I will have to verify with field staff if any of the existing foundation remains. I will get back to you with our findings.”

On May 9, Napier reported, “Inspection staff is reporting that there are existing framed walls still in place and the foundation remains in place as well. A demolition permit is issued when the entire structure is removed including the foundations.

“If any portion of the building remains, and is used in the construction, then it does not qualify as a new building,” Napier continued. “A demolition permit is issued when the entire structure is removed, including the foundations, the sewer is disconnected and the lot is cleared.

“As of yesterday, there are existing walls in place and the foundations that support them, therefore an “add/alter/repair” permit can be utilized,” he said.

Neighbors will await whether city planning allows a coastal development permit—a decision that can always be appealed to the California Coastal Commission.