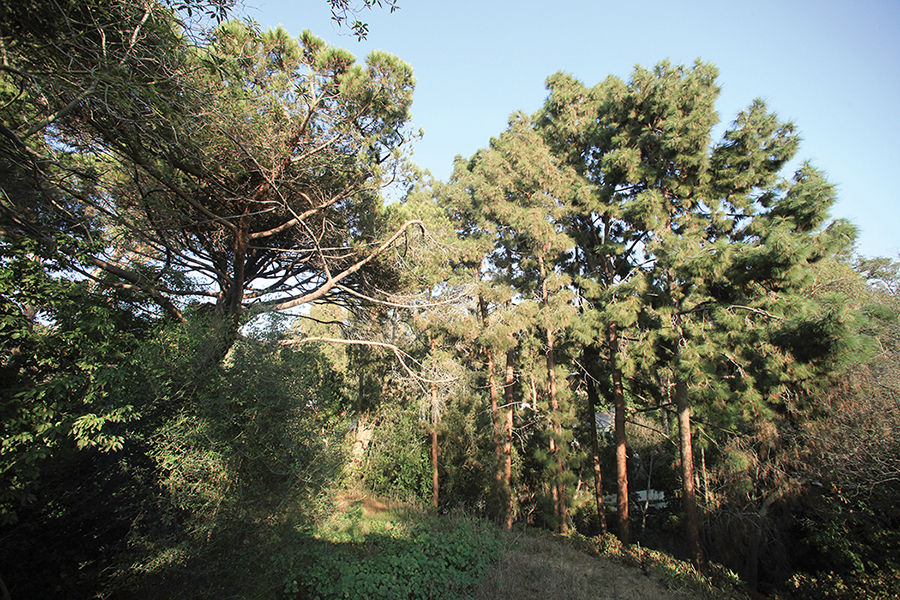 Construction on two houses on Hampden Place, a street on the edge of Potrero Canyon, was halted on January 17.

“Los Angeles Building and Safety (LADBS) issued an order to comply notice to stop all work at 712 and 724 Hampden Place due to the project not having an approved erosion-control plan and not having erosion control mitigating measures in place as required,” according to a January 30 email sent to the News by LADBS Chief Inspector Luke Zamperini.

Property owner Ali Pourmola had removed all of the trees and vegetation from the lots in late November. But once Pacific Palisades had its first significant rainfall on January 8 and 9, neighbors complained that no measures had been taken to prevent the hillside from sliding.

A letter from the legal firm Berding/Weil, which represents the Palisades Valley Homeowners Association (Patterson Place), was also sent to Pourmola on January 17: “We have been asked to contact you regarding trespass and damage to the Association’s Common Area, which includes portions of Lot 13, Tract No. 41265, which is located adjacent to your property.

“Cease and desist any construction or tree removal activity on your lot until measures have been taken to adequately protect adjacent properties” and “ensure that the trees proposed to be removed are within the property boundary of your lot and not lot 13.”

This is not the first time construction was halted on this project. Last October 20, U.S. Fish & Wildlife was asked to investigate whether owls and hawks that nested in the massive trees on Pourmola’s property were protected.

In a letter to residents on November 14, Pourmola’s lawyer Lindsey Tabaian wrote: “We have diligently investigated the wildlife-related claims that were recently raised. This investigation confirms that there are no protected species which reside on either of these lots, and further that the proposed construction will not have any unlawful impacts on, or disturbance or displacement of, federally or state-listed protected species or wildlife.”

In that same letter, Tabaian wrote: “An approved erosion control plan will be in place throughout the rainy season and will be approved by LADBS inspectors.”

Initially, Pourmola, who is listed as president of Total Infusion Care, Inc., received building permits from LADBS in 2015 for one-story dwellings with attached two-car garages. Construction never began, and the permits were revoked in August 2017, but replaced with permits for two-story dwellings.

Before work could begin, neighbors contacted the city about a haul route that was required because the total dirt to be excavated was more than 1,000 cubic yards (699 cubic yards for 712 Hampden and 958 for 724 Hampden).

Pourmola’s hired expediter, Steven Somers, told his client that the L.A. Department of Building and Safety determined that a haul route would be required. One way to avoid a hearing and haul route approval (which generally take about nine months) would be to sell the property.

Subsequently, Pourmola gave one of the lots to Fahad Vakil.

During the meeting, neighbors argued that there should have been a haul-route hearing because trucks would go by Village School and possibly Palisades Elementary or Seven Arrows (on La Cruz), none of which were informed about the project.

The neighbors felt that Pourmola had circumvented a needed haul-route hearing and spoke about the potential slide danger on hillside property above homes on Patterson Place. They also said the size of the proposed houses was out of character with the neighborhood.