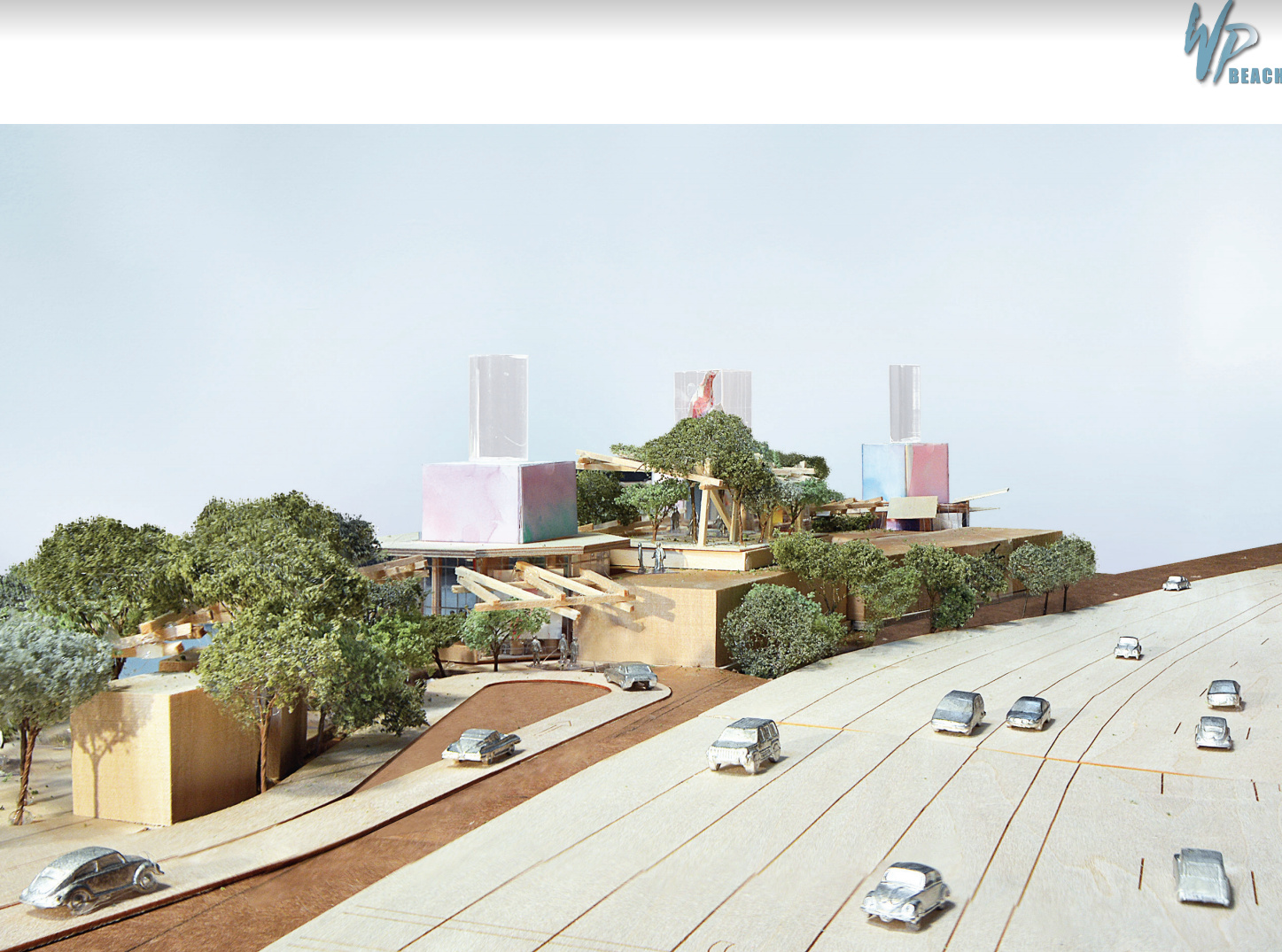 Famed architect Frank Gehry and celebrated chef Wolfgang Puck have teamed up to replace the iconic Gladstone’s with a new restaurant complex that would include an upscale dining location, a casual café and an ice cream parlor.

Their proposed project, which has received approval from the L.A. County Board of Supervisors to enter exclusive negotiations with the Department of Beaches and Harbors, would expand public transit in the area by adding a Big Blue Bus stop and also employ perhaps 300 people, according to a presentation at the April 3 board meeting.

At the meeting, Puck, who operates dozens of restaurants worldwide, including Spago in Beverly Hills, told the board that the new location “would be a restaurant for everybody in the city,” including people who seek reasonably priced meals, the beach community and also those who prefer an elegant meal.

“This for me would be probably my lifetime dream to be working with Frank Gehry and to have my new flagship right here in Los Angeles County,” Puck said. “It will create a totally new experience for Angelenos.”

During the bidding process, the county required each proposal to include a new facility to be operated under a 50-year lease.

In addition, all bids, which were submitted between April and September of last year, needed to include a high-quality restaurant ranked at least three diamonds or above to replace Gladstone’s, which has 10,000 sq.ft. of indoor and 6,000 sq.ft of outdoor space on 2.8 acres of oceanfront land along PCH at Sunset.

PCH Beach Associates, the bidding corporation that includes Puck and Gehry, would be financed by Cast Iron Partners, while Tellefsen Investments, headed by Palisadian Tom Tellefsen, would handle the construction.

Carol Baker, a spokeswoman for the county, said the proposal includes a rooftop bar, a public deck, a monument to Gladstone’s and a small sundries shop. The facility “should largely fall into the same footprint as the current structure,” and the department expects the entire contract to take at least two years to complete.

Three other bidders competed for the project. The second-ranked bidder, Sunset and Ocean Partners, which includes Palisadian Mark Verge, whose company owns four Santa Monica restaurants and four hotels, protested the county’s choice, instead arguing that their bid would have provided the greatest rent to the county and other benefits such as environmental sustainability and diversity (majority minority-owned), while also voicing concerns about missing financial statements from the initial bid by PCH Beach Associates. Verge did not speak at the meeting.

One of his partners, Nick Buford, said later, “We plan to remain close to the process to make our argument known…. We think the LA County community and residents should have an opinion on it. We feel our project brought the best of LA together.”

The county has 90 days to negotiate an agreement with PCH Beach Associates plus two months of extensions available. The Board of Supervisors must vote to approve the final contract.

According to the county, bids were ranked by an independent panel of experts based on construction experience, operational experience, financial strength, multi-modal transportation, economic benefit to the county, and ability to deliver the project. Puck and Gehry’s bid was rated almost 80 points higher than Sunset and Ocean Partners, according to Gary Jones, the Beaches and Harbors director.

Supervisor Sheila Kuehl stated that she had been assured by county lawyers that the bid process “had been carried out correctly” and was told that there were “deficiencies in all applications that [bidders] had been allowed to correct.”

One bidder was disqualified because of unfulfilled requirements, including the lack of both a bus stop and a three-diamond restaurant, according to Jones.

Kuehl, Janice Hahn and Hilda Solis voted for the negotiations to move forward, while Mark Ridley-Thomas was absent, and Kathryn Barger voted against the negotiations due to worries about the bidding process.

Kuehl, who represented Pacific Palisades when she served in the state senate and assembly, expressed clear support for the project. “This agreement exemplifies the exciting synergy of talent, cultural and culinary work so prevalent in Los Angeles County today,” she said.

The meeting mentioned a two- to five-year time frame to begin construction, and the current Gladstone’s will continue operations during that time. These interim years will allow the city to negotiate a contract with the new concessionaire and also allow for the design and construction plans to be completed.

Former L.A. Mayor Richard Riordan, who chose not to bid on the new facility, plans to continue to operate Gladstone’s during these intervening years. To improve the restaurant’s quality, he and his staff have been revamping the restaurant to bring fresher, better value to customers, according to general manager Jim Harris. So for example, frozen French fries are out and fresh-cut are in. In addition, the farm-to-table concept has been embraced.

“It’s so much better than it was,” said Harris, who recently took over as general manager. “It’s not as exciting as Frank Gehry and Wolfgang Puck, but what it is now is night and day…. We’ve embraced the essence of the Gladstone’s of the ‘80s. We’ve tried to recapture our early vision–basically what you would find on the menu in 1978.”

In addition, the seafood restaurant, which includes fish and chips ($25) and the catch of the day ($25), will add some modern features, like breakfast on the run, so drivers can pop into the parking lot on their way to work and have a Caffé Luxxe coffee and a wrapped egg sandwich delivered to their cars. This service will begin May 1.

“We’ve adjusted our prices to be more accessible for our local community,” Harris said. “We want to go out on a high. We want everyone living here to enjoy the experience before it becomes whatever it becomes next.”