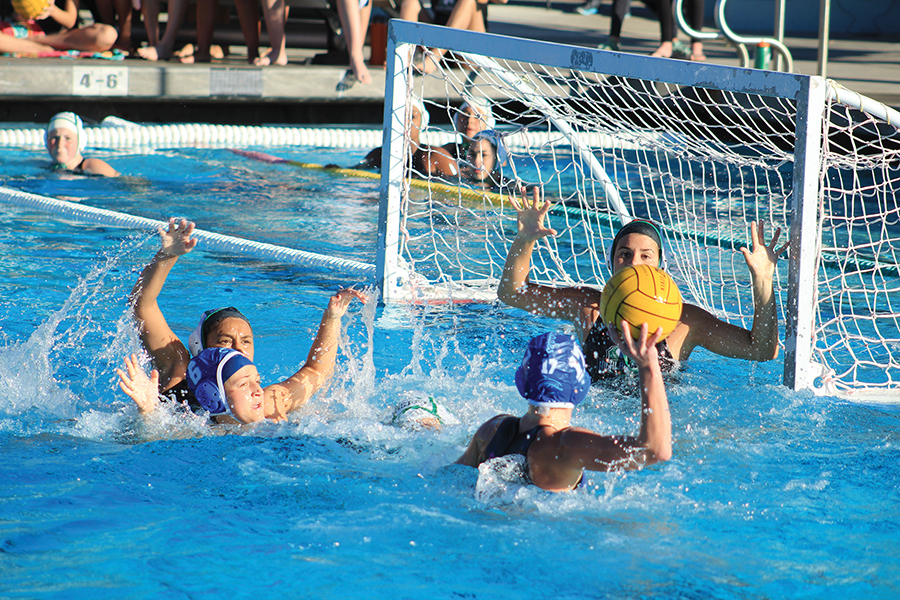 After his girls water polo team routed Los Angeles (34-0) and Kennedy (17-8) in the opening rounds of the City Section playoffs, Palisades Head Coach Kirk Lazaruk knew the real playoffs were about to begin.

Lazaruk said that the semi-final game against Granada Hills last Friday might be the toughest of the season, and he was right.

But his No. 1 seeded Dolphins won a nail biter that wasn’t decided until the end of the second overtime period.

With Charlize Samperio scoring for Pali, the score was tied 1-1 after the first quarter.

The defenses continued to dominate in the second quarter, with neither team scoring.

In the third quarter, Sammy Stahl and Leighanne Estabrook each scored, but Granada Hills roared back with three goals.

The Highlanders regained the lead, but Sydney Brouwer made a shot, and then Granada Hills went ahead again with 2:19 left. With only a second left, Estabrook somehow found the net to send the game into overtime.

“It’s so amazing,” Estabrook said. “We came into this game knowing the other team was a powerhouse, but we played Pali ball.”

The Dolphins, who lost in last year’s city finals to Eagle Rock will play them in the city finals on Thursday at 6 p.m. at Valley College.

“I’m damn proud of my girls,” Lazaruk said. “They did a great job. This had to be one of the tougher games in PaliHi water polo—for either boys or girls.” He said that the win came because he sought out tough games and tough tournaments for his team. Pali was 18-5 overall and 8-0 in league.