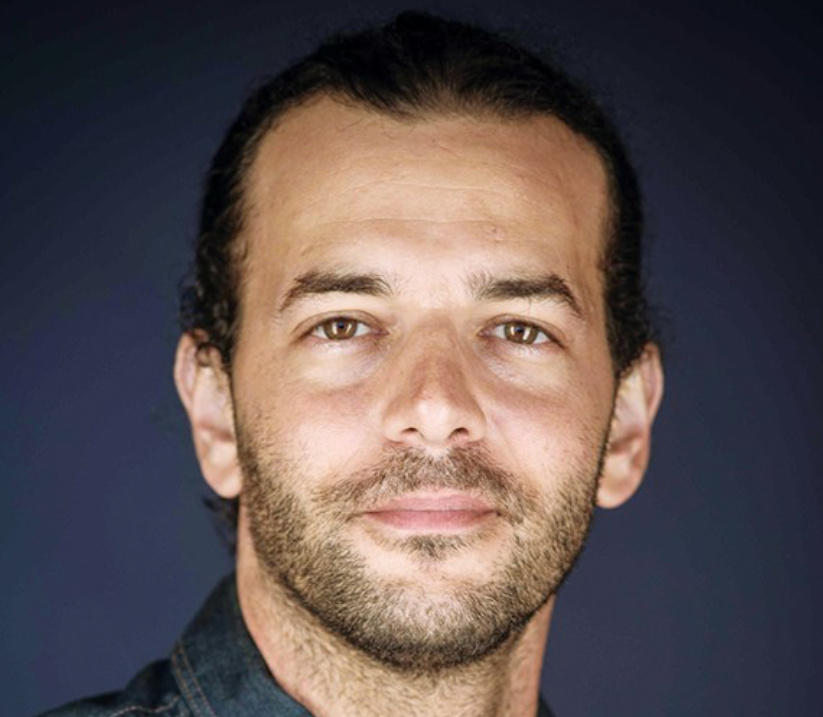 Trying to figure out which corporations have donated to a specific political candidate involves digging through link after link on the Federal Election Commission’s (FEC) site.

What if there were an app, much like a dating app, where instead of finding which man or woman would be compatible, you could learn which business best aligns with your political views?

For example, if you are a Democrat and one of the places you do a lot of business contributes to Republican causes (or vice versa) would you continue to patronize them?

Ethiq, an app developed by former Paul Revere world history teacher Darren Bates, reveals which business is giving to which candidate and/or cause.

“This is the most difficult thing I’ve done,” said Bates, who went before the FEC twice. Once was to secure permission to use the data and a second time was for Ethiq to be recognized as journalism-based app.

After you answer simple questions on the app, which is non-partisan and fact-based, it will steer you to the businesses that best align with your values.

Bates, who is also a photographer, stopped teaching in 2012. He worked on a Discovery Channel story on airplanes and then traveled around the world with a documentary crew that filmed the tagging of sharks in Ecuador and the Galápagos Islands.

But Sandy Hook in 2012, one of the deadliest mass shooting at any school in U.S. history—20 children and six teachers—was the impetus for steering Bates in a different direction.

After the shooting, a CNN/ORC poll showed that by a 62-37 margin, people said they would support reinstating the ban on assault weapons. By the same margin, respondents would support a ban on high-capacity ammunition clips that hold more than 10 bullets, and by a 92-8 margin, people favored preventing certain people like felons and those “with mental health problems” from owning guns.

It seemed that the Manchin-Toomey Background Checks Proposal (Senate Bill 649), would be passed. The bill aimed “to protect Second Amendment rights, ensure that all individuals who should be prohibited from buying a firearm are listed in the National Instant Criminal Background Check System and provide a responsible and consistent background check process.” It was rejected 54-46.

“How can a piece of legislation that has overwhelming support from the public be voted down?” Bates wondered, and deduced, “It’s a rigged game. If we can’t entrust our representatives to represent us, what power do we have for leverage?”

Consumer spending was his answer. Most companies donate to various politicians and political entities, so consumers can decide to spend with companies, based on beliefs.

“You follow the money trail,” Bates said. “I believe it [political spending] is obfuscated by design.

“Consumers know their money has power, but people are busy. Few people have the time or resources to untangle it.”

In 2015, Bates started working full-time on the app, which was unveiled in early May. “The app presents you with the information, and it empowers you to make a more informed purchase,” he said.

Currently, he has four categories on the app: gas, grocery, department stores and fast food. The next part of the app development will deal with airlines, hotels, car rentals and stocks/mutual funds.

Once the products are unveiled, political candidates will be next, so that one can see which politician most closely aligns with a person’s particular views.

When you visit the Ethiq app, you have to express an opinion about health care, education or women’s issues, for example. Then you will be asked a minimum of three questions (just like a dating app), in order to find a match with different businesses.

If you are at opposite ends of the political spectrum with another person, you will get different results. “I have no skin in the game,” Bates said. “I don’t recommend one company over another.”

But what if someone wants to buy information from him or tries to trace it back to the app user?

“In order to have a clear conscience, the sitehastoliveuptoitsnamesake,”said Bates, who with advisors, has taken steps to safeguard the user’s privacy. He will not sell personal inventory.

“I’ve put up the best safeguards I can,” Bates said. “This is located on a dedicated server located in the U.S.—it is not on a cloud servicer.”

Bates, who attended Van Nuys High School before going to UC San Diego, said he initially went into teaching because he had some great middle and high school history teachers. He received his teaching degree at Cal State Northridge in 2003.

Civic engagement and transparency are important to him.

Bates went around with a camera crew after the 2014 election and asked people if they voted, and if they didn’t, why.

“The number-one answer was, ‘I don’t know enough about the issues,’” Bates said, noting that Ethiq will automatically make it easier for voters to decide based on what is important to them.

“It’s in a company’s best interest to stay neutral,” he said, “But if money is speech… Vote with your wallet!”

By June 2, 2018
in Uncategorized
Related Posts