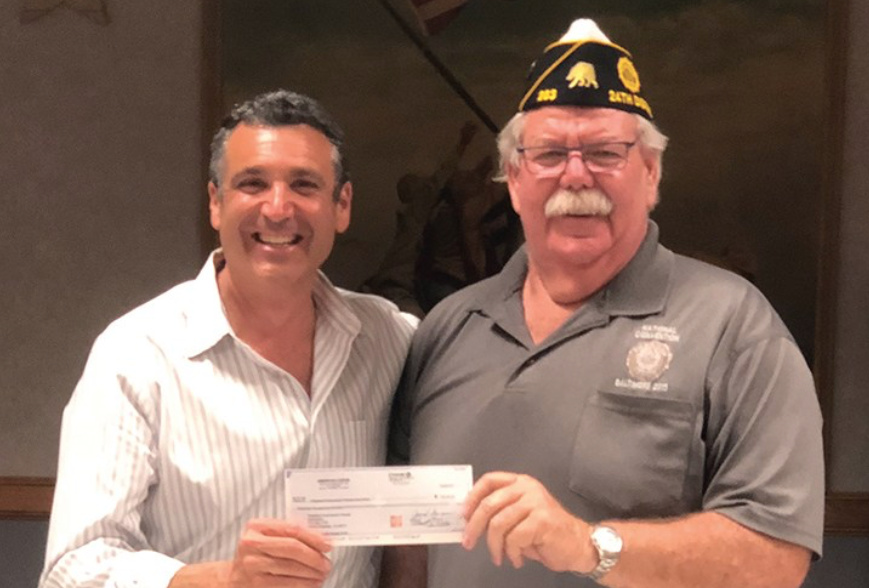 Although April is generally not considered the giving season, the News is sure that with all the tax refunds coming our way, many residents will want to get ahead of their charitable contributions in 2018 and give to local causes.

Here are some suggestions.

Support the town’s Fourth of July celebration by donating to PAPA and the Will Rogers Run. These groups organize the race, the parade, concert and fireworks show. Many people love staying in town on the Fourth because it’s a festive, day-long party. But everything relies on volunteers, and the cost is about $150,000 because fireworks and visiting marching bands (not to mention a host of fixed costs) are not cheap.

There are about 10,000 households in our little town, and if every family gave just $15, that would pay for everything. Can you spring $15 for your family? To donate, visit Palisades4th.com.

The Pacific Palisades Optimist Club is fundraising to help give scholarships and money for dorm supplies to financially strapped seniors at Palisades High School. Many seniors whose families are below the national poverty line receive full scholarships, but don’t have the money for the little extras, like travel to and from school during holidays, a suitcase, or money to buy supplies like pillows and sheets. Help them by visiting palisadesoptimistfoundation.org.

If you have lived in Pacific Palisades for the past five years, you may have noticed that our homeless population has shrunk. The credit for this belongs to the Pacific Palisades Task Force on Homelessness, which was formed in 2016 with the idea of helping those on the street get services and into housing.

The task force pays for two OPCC social workers, Glanda Sherman and Maureen Rivas, who are constantly interacting with the homeless in our community. They have met with 366 homeless people in 21⁄2 years; some are passing through, some are service-resistant, and most of them require multiple visits. But 73 percent of them are now in housing.

Los Angeles Times columnist Steve Lopez wrote last July 29: “But over the past 18 months in the Palisades, the efforts by volunteers, public and nonprofit employees have led to a 40% decline in the homeless population . . .”

The Task Force must raise at least $150,000 a year to carry out its mission. Visit: pptfh.org/donate.

Then there’s the Palisades Woman’s Club, the oldest organization in town, which takes the money raised through its annual home tour and redistributes it to dozens of charitable nonprofit groups. But in 2014, the members realized that the clubhouse needed more than $1.5 million in renovations. More than 100 groups use the 1951 building and its 1956 addition monthly. Help restore the clubhouse, visit theppwc.org.

The New York Times, in a September 2007 story titled “Giving Proof,” reported on a neurological study published in Nature Communications that “showed that generosity changed the activity in people’s brains in ways that increase feelings of happiness, even if the generous act is small or only imagined.”

The study was conducted at the University of Zurich, where brain activity was recorded on participants and showed that “those who agreed to give away money reported feeling significantly happier than those who planned to spend it on themselves.”

Science Daily in a July 2017 article reported that researchers had found that “people who behaved generously were happier afterwards than those who behaved more selfishly. However, the amount of generosity did not influence the increase in contentment. ‘You don’t need to become a self-sacrificing martyr to feel happier. Just being a little more generous will suffice,’ says Philippe Tobler.”

Want to feel happier? Write a few checks or use your credit card to support local, worthy causes.