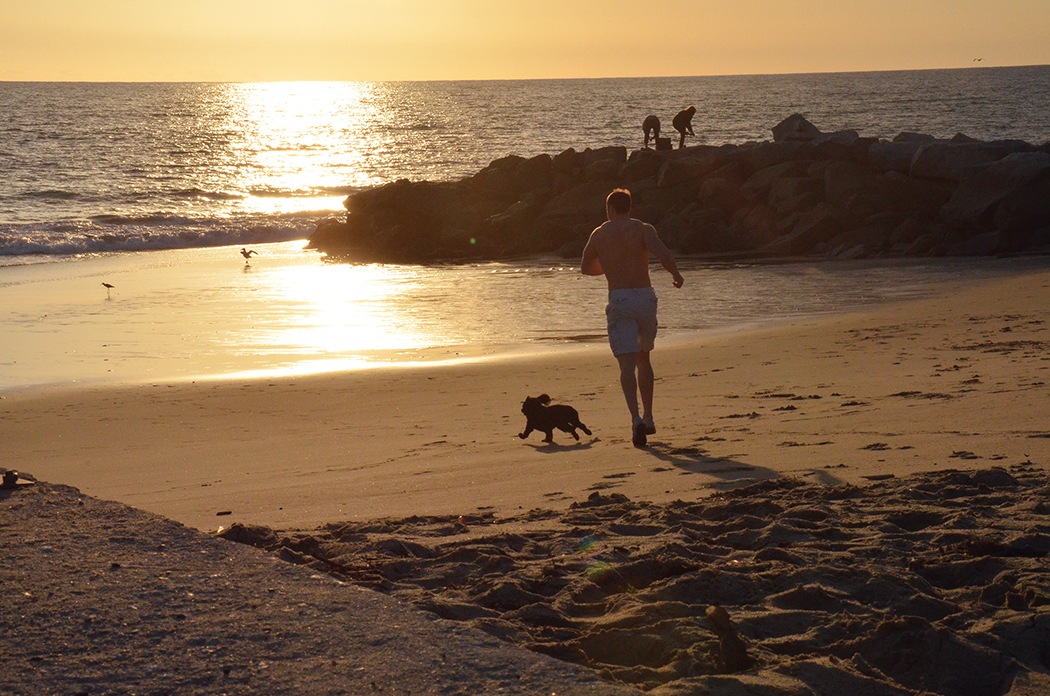 Very few Pacific Palisades residents who have been following the beach curfew issue want to see the current midnight-to-5 a.m. curfew lifted at five Los Angeles beaches, including Will Rogers.

Once residents heard the proposed idea in October, many of them publicly registered their displeasure. People spoke about the possibility of increased crime, gang activity and illegal camping. It seemed as if the 2,600 public emails, letters and phone calls against opening the beaches 24/7 would make this “stupid” idea go away.

When the City of Los Angeles passed the beach curfew ordinance in 1988, it did not seek permission from the Coastal Commission. Then in 1994, Coastal Commissioners received a document titled “Proposed Guidance on Actions Limiting Public Access to Beaches and State Waters (Beach Curfews).”

This document stated that the Coastal Act, with narrow exceptions, clearly confers jurisdiction on the commission over any action by any party, including a local government, that affects public access to beaches.

The guidelines in the document said that citizens should be allowed to use the beach all hours of the night for fishing, swimming, scuba diving, walking and jogging, socializing around a ground fire, camping, boat launching and surfing. “Their legal right to do so should only be curtailed in very narrow and compelling circumstances.”

The report acknowledged safety concerns but stated there had to be credible evidence to close a beach and that alternatives, such as increased police patrols, neighborhood watch programs, lighting and prohibitions on consumption of alcohol, should be used instead.

Starting in 2010, letters went back and forth between the Coastal Commission and the City of Los Angeles for more than a year. The commission told the city it needed a permit to close its beaches. The city disagreed.

In April 2014, the commission reminded the city it still didn’t have a permit for its curfew.

That October, City Councilman Mike Bonin (whose district includes the beaches in Venice and Pacific Palisades) made a motion that the Department of Recreation and Parks, LAPD and the Coastal Commission work together and that a pilot program be implemented at Dockweiler Beach and Will Rogers.

Before that could happen, Francesca de la Rosa and Jataun Valentine filed a lawsuit against the city for its refusal to obtain a Coastal Development Permit for its curfew.

In a June 2017 ruling, Los Angeles Superior Court Judge Susan Bryant-Deason agreed that the city needed Coastal Commission approval. In response, the L.A. City Council passed a motion directing the Department of Rec and Parks to seek and obtain a coastal development permit.

A city hearing was held in October and residents who attended said, “Don’t lift the curfew.”

About a month ago, word leaked out that a proposal for obtaining the permit might be to allow 24/7 access to the wet sand at Will Rogers Beach (at Temescal), Venice Beach (1 Washington Boulevard), Dockweiler State Beach (Playa Del Rey) and Cabrillo Beach (San Pedro) in lieu of opening the entire 14-mile stretch of Los Angeles beaches.

But what about fears of crime and the impact of allowing transients to camp on these five 24/7 beaches? These are important issues at Will Rogers and of major concern to the Pacific Palisades Task Force on Homelessness.

Coastal’s 1994 Guidelines document stated, “Although it is not necessary to cite a list of statistics, a reasonable evidentiary basis is needed to establish the justification for the action limiting public access. The findings should also include a discussion of what alternatives to the prohibitions were considered and why they were not implemented. (Visit: lafla.org/wp-content/uploads/ 2017/09/Valentine-Complaint.pdf)

A 2010 Pasadena Star-News story noted: “A check of South Bay communities showed local ordinances that either did not address beach curfews, or only applied to minors as an extension of city curfew laws.

“Manhattan Beach does have a beach curfew from midnight to 6 a.m., City Attorney Robert Wadden said, but it only prohibits using a beach in a manner that is not‘ law-abiding.’”

In Santa Monica, although bathrooms and parking lots are closed, beaches remain open all night.

If Coastal Commissioners follow their mandate, L.A. beaches may be opened in some fashion 24/7, no matter how loud residents in Pacific Palisades cry “No!”