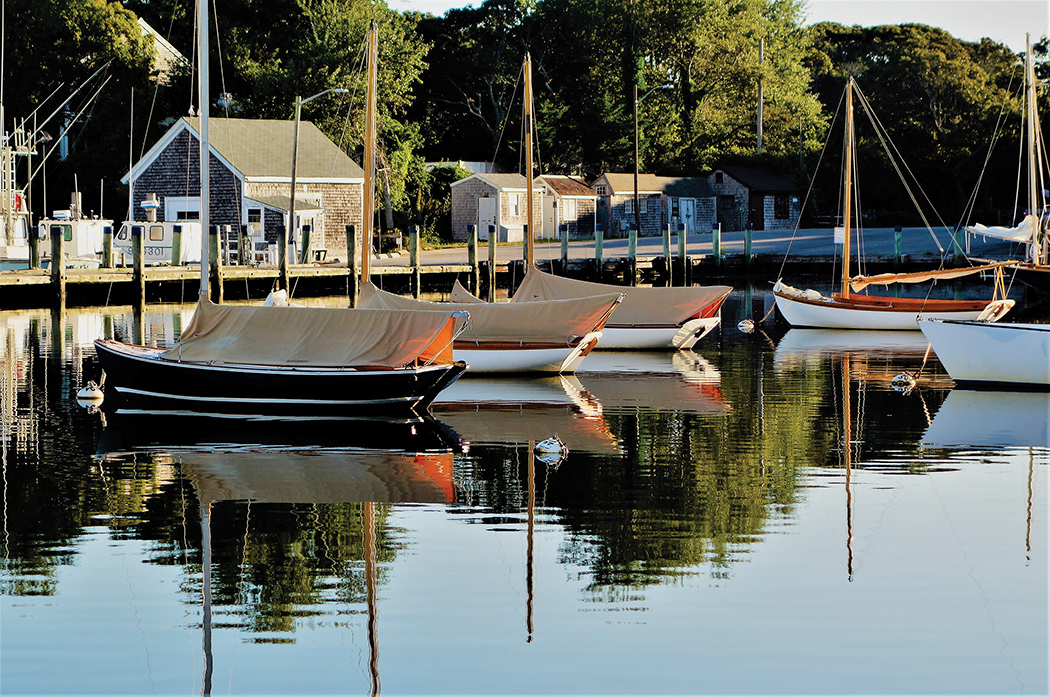 This past summer was my 75th consecutive year to visit the place where I gained my love of creation and cut my environmental teeth.

Cape Cod is a man-made island, created by the dredging of the Cape Cod Canal in the 1930s. The Cape is attached to the Massachusetts coast by a railroad bridge and two vehicle bridges. From the canal it is roughly 35 miles east to Chatham, then north 30 miles to Provincetown; the Cape is essentially a 120-mile-long beach. Heavy industry has yet to arrive, though the warning signs of the breakdown of a fragile ecosystem increase yearly. I have watched the gradual degradation over my lifetime.

However, one July morning last summer, the signs of hope emerged in, of all places, the local CVS pharmacy in Harwich Port. Three eager young people were leaving the store wearing their newly acquired sweatshirts and carrying armfuls of beach paraphernalia. I asked their grandma, Barbara Duncan, if I could take their picture and their smiles made my summer: three siblings all wearing Cape Cod proudly.

A few days earlier I had met with the head of the Conservation Commission of the Town of Harwich, and the former and current executive directors of the Association for the Preservation of Cape Cod. Their news was discouraging. Sea-level rise is affecting the Cape and, as Bob Prescott of the Wellfleet Bay Audubon Sanctuary remarked, they have had to move a wetland walking trail twice in the last five years.

Trash in the ocean, especially plastics, is not just a Pacific gyre phenomenon, but reality for Cape Cod and the entire planet as our waste plagues all of humanity. Pollution from fossil-fuel engines is increasingly both a land and sea problem; even far from industrial areas like the Cape, the long-term degradation grows.

During my summers on the Cape, which have included a visit to the same home since 1942, I have witnessed the disappearance of four types of shellfish, contamination of bluefish with PCBs, invasive species of jellyfish and seaweed, and medical waste on our beaches.

The last remaining tidal wetland on the south shore was taken essentially by eminent domain in 1966. Former pristine Cape beaches are now covered with codium seaweed that arrived via the hulls of Japanese fishing trawlers in the 1980s. This year we had an invasion of hundreds of thousands of spider crabs, most likely from the warming of the seas.

Population growth on the Cape and the necessary septic and leaching systems, along with a continuing building boom, has overshadowed and outpaced the preservation organizations and their stalwart leaders and volunteers; yet not all is bad news.

Cape Cod is my environmental benchmark. What happens here is like watching the canary in the coal mine. The Center for Coastal Studies, the Wellfleet Bay Sanctuary, APCC and local conservation organizations in each town are working cooperatively to preserve this mecca for summer vacationers from all over the country who come to enjoy the sailing, kite boarding, fishing, swimming, cycling, kayaking and a myriad of other cherished activities. They are invaluable to our long-term enjoyment of Cape Cod.

In addition, because of a “shifting baseline,” tourists and residents alike who have not had a long view of history here still marvel at the beauty of Cape Cod, as do I when we see whales feeding, or the osprey fishing, or the seals chasing menhaden.

Though compromised by fertilizer and septic run-off, the quahogs, steamers and Chatham or Wellfleet oysters are still plentiful, as are lobsters and scallops that still appear at George’s or the Chatham fish market, though the price has gone from 25 cents a pound to the current $10 a pound for lobsters during my lifetime. (When I last checked, the lobster meat alone was $44.50 a pound.)

On the flip side, the offloading of cod and haddock at the town fish piers is not as regular, and skate and dogfish, species almost at the bottom of the ocean food chain, are creating revenue for more and more fishermen because they are plentiful.

Yet fishermen and advocates for clean oceans and sustainable fisheries are cooperating at a higher level each year, and striped bass, blues and tuna draw fishermen from all over the world to the waters off Cape Cod.

Watching a fisherman weigh a 500-pound blue-fin tuna at Wychmere Harbor’s town landing is exciting and sobering simultaneously. Blue-fin are flash frozen, flown to Japan and prepared for sushi bars where every bite is an hour’s pay for many.

Alas, the spawning blue-fin that come to maturity off Brazil are endangered. We never order toro (blue-fin belly) or blue-fin at our favorite sushi bar. Avoiding fish that are endangered and knowing the difference is one way we can help sustain fisheries. Our personal choices do matter.

When Cape waters are still, the reflections are magical, and when the brisk prevailing southwest winds appear, sailing and windsurfing (or kite-boarding) are exciting for all ages. Each year, the Stone Horse Yacht Club hosts a 130-fleet Opti regatta and the sailors come from all over New England (ages 6-13) to compete. In their minds, the regatta is their own America’s Cup and the event is a highlight of the summer for those of us who get to watch.

Unfortunately, when I watch the environmental changes over time, the signs are telling: All of us must remind ourselves and our friends not to leave our trash, including cigarette butts, straws and any-and-all plastics anywhere in nature.

In addition, Cape Cod beaches are being routinely closed because of great white shark sightings. No, my wife Katy and I have never seen a great white, but approximately 20 have been tagged off Chatham, and are monitored closely. These indicator species have only recently come to the Cape—another sign of changing times.

The good news is that young people like Charley, Sheila and Lucy—the kids I photographed at CVS—are being taught by their parents and grandparents to respect the nature of Cape Cod.

Thankfully it is becoming a more common practice to go out of our way to protect the people and places that we love. Conscious tourism is on the rise, but we all must become advocates for the pristine waters and sands as they continue to slip through our fingers and when gone are gone forever.

Whether on the beaches of Cape Cod, Lake Michigan, the Keys of Florida, or the shores of California, visit and celebrate, but leave only footprints and take away only memories.