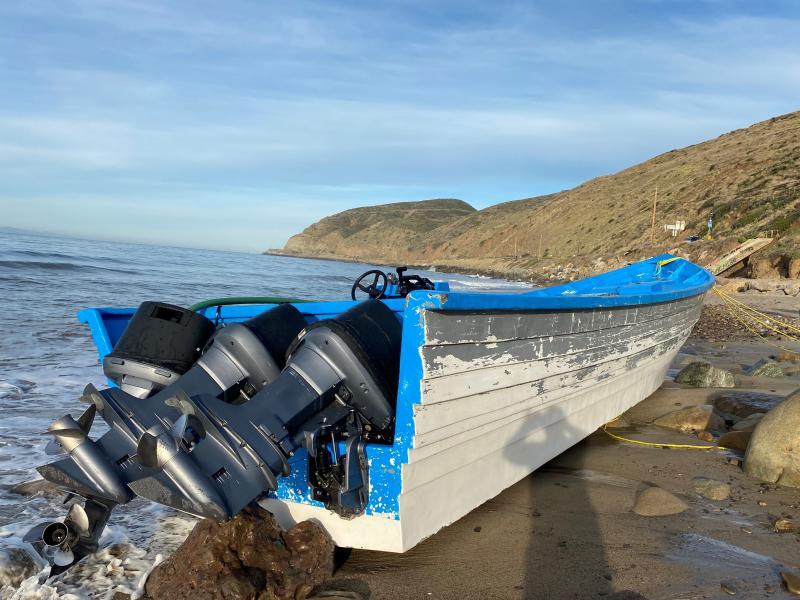 U.S. Border Patrol agents seized 60 pounds of marijuana in an abandoned boat on Sunday that had been beached in Malibu over the weekend.

On January 5, at approximately 7:45 a.m., agents responded to a report from the Maritime Coordination Center that a 40-foot panga with three powerful outboard engines had washed ashore at Deer Creek Beach. Agents did not encounter any people on the boat or in the surrounding area.

During the subsequent inspection of the boat, agents found several large bundles of marijuana nearby and over 500 gallons of fuel onboard.  According to Customs and Border Protection Press Officer Ralph DeSio, in all, there was 60.08 pounds of marijuana, with an estimated street value of $24,000. The marijuana and the vessel were seized by the U.S. Border Patrol.

“A vessel of this size, with this much power, is capable of carrying up to 5,000 pounds of narcotics and able to travel at a high rate of speed.   Considering these capabilities, a boat like this would not likely be purposefully abandoned.  The vessel had a broken steering cable that agents believe forced the smugglers to abandon it,” DeSio said.

Since October 1, 2019, Border Patrol agents along with Air and Marine Operations have seized 925 pounds of marijuana, says the agency.