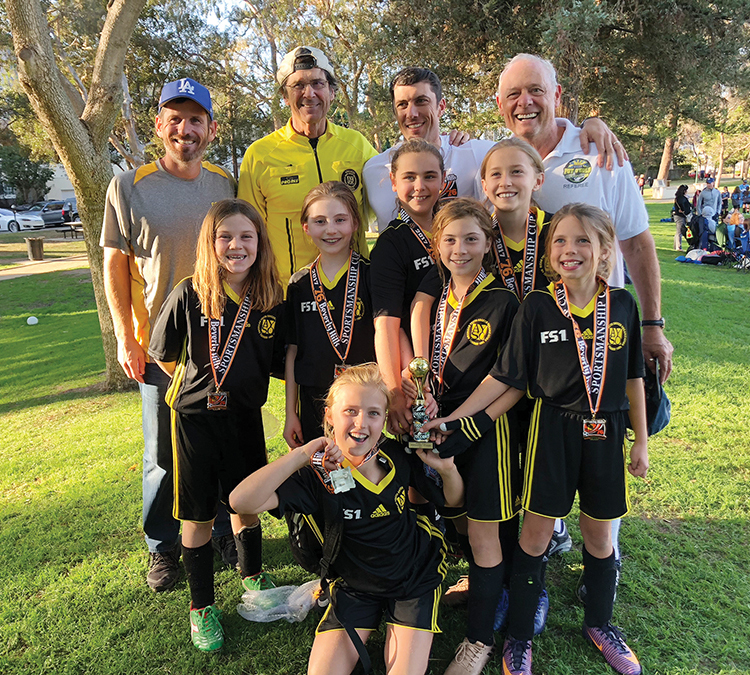 Almost 70 teams from U10, U12 and U14 age groups competed in the tournament, which emphasizes good sportsmanship.

The tournament is timed to take place before the competitive playoff season begins and offers teams four almost full-length practice games that are played for fun and to experiment with line-ups.

Every team has the chance to win regardless of goals scored or allowed. Teams, coaches and parents are judged by officials to see which team best epitomizes sportsmanship.

The tournament website states: “We know everyone will play hard, but we have done this since 1997 and the players love playing (and the referees love refereeing) without the pressure.”

In order to win its award, the Palisades team exhibited exemplary sportsmanship, beating 13 other teams in their age group.

In order to participate in the tournament, all players must have registered and played in the 2017 fall AYSO primary season. Palisades players included Declan Eastman, Maya Eisner, Becca Reuben, Molly Held,