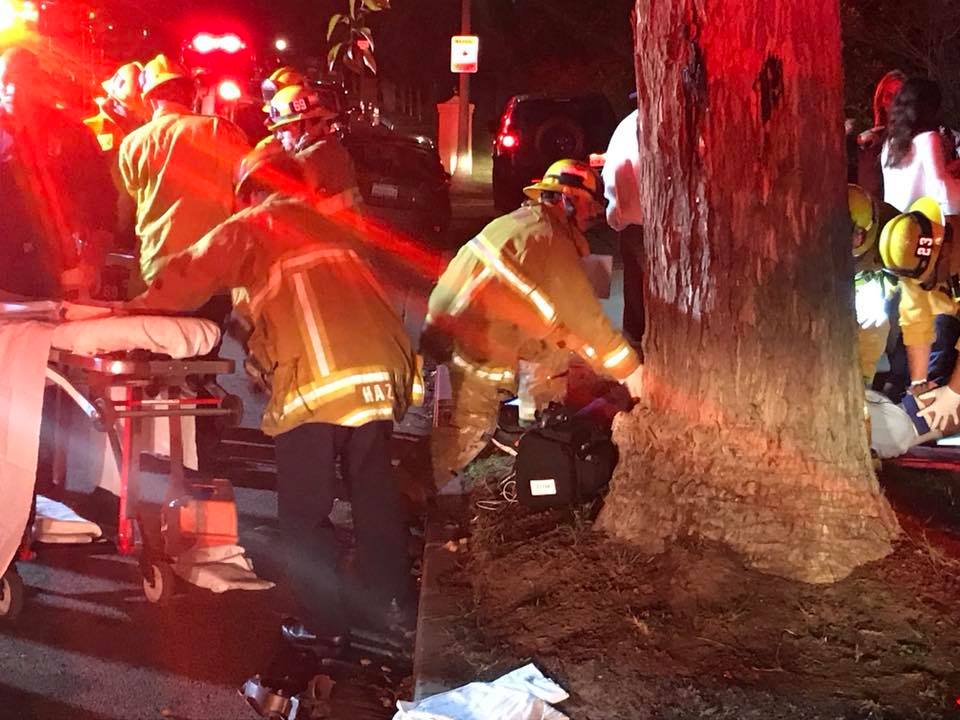 UPDATED: This story has been updated to identify the deceased.

The Los Angeles Fire Department and Palisades Patrol responded to a multi-vehicle crash on Chautauqua between Sunset and Almoloya on Tuesday night, leaving one person dead and two injured, including professional golfer Bill Haas. The cause of the crash remains under investigation.

The crash was first reported at approximately 6:31 p.m. Tuesday, which included a vehicle rollover. A man was killed, and two people, Haas and a 50-year-old woman, were transported to an area hospital in serious condition. On Wednesday morning, the L.A. County Coroner’s office confirmed that the Ferrari was driven by Palisades resident Mark Gibello, 71, who was pronounced dead on the scene.

A third vehicle, a Toyota SUV, driven by actor Luke Wilson, was clipped by the Ferrari, but Wilson was not taken to the hospital, reports FOX News.

According to Palisades Patrol, Haas was a passenger in a Ferrari that collided with a BMW and an SUV while traveling southbound on Chautauqua. The driver side wheel of the Ferrari broke off and turned a vehicle on its side. The Ferrari continued southbound and hit a light pole, breaking it at its base and swinging the entire car around. The BMW hit a parked car, and another SUV was sideswiped by the Ferrari.

Haas was scheduled to play in the Genesis Open at Riviera Country Club. On Wednesday morning, the PGA Tour released a statement from Haas and his manager Allen Hobbs. It states:

“Last night in Pacific Palisades, California, Bill Haas was involved in a serious car accident in which the driver – a member of the family with whom Haas and his family were staying for the Genesis Open – was killed. While Bill escaped serious injuries and has been released from the hospital, he is understandably shaken up and – more importantly – his deepest condolences go out to the host family during this tragic and difficult time.

Bill will withdraw from the Genesis Open and plans to head home to Greenville to recover. He appreciates the support of friends, family and the golf world as a whole, and he has asked for privacy as he processes what has happened.”

According to a subsequent PGA report, Haas was scheduled to tee off at 8:10 for the Pro-Am portion of the Genesis Tournament on Wednesday. He was replaced by golfer Ryan Moore.

The story reported that “Bill’s father Jay Haas told the Golf Channel that his son was ‘very fortunate’ to avoid serious harm.” Jay Haas added that Bill did not suffer any broken bones but has pain and swelling in his leg.

Gibello, who would have been 72 on March 10, was the executive vice president and director of TCW Asset Management Company from 1988 to 2013. TCW is a global asset management firm founded in 1971 and based in Los Angeles.